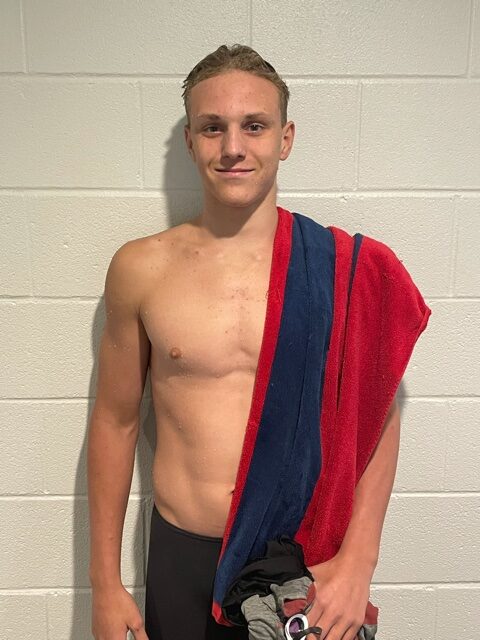 A day after posting a pair of #2 all-time times in the 13-14 age group, Maximus Williamson of the North Texas Nadadores has produced a National Age Group Record in the 200 meter freestyle.

Williamson swam a 1:53.26 in the 200 free on Friday at the Texas Age Group Swimming Championships (also known as TAGS). That slid him just-under the old record of 1:53.30 that was done at the 2017 Junior National Championships by Dare Rose of Scarlet Aquatics in New Jersey.

Williamson was much more aggressive in his first 100 meters than was Rose, opening the race in 53.44. Rose, by comparison, was faster on the back-half of his swim.

Rose swam last season as a freshman for the Pac-12 Champion Cal Golden Bears, where he was an honorable mention All-American in the 200 yard fly.

For Williamson, the swim was a huge drop from his previous lifetime best of 1:56.56 done in May of this year. His breakout long course meet followed a huge breakout in March that saw him win 7 different events at the short course yards version of the TAGS Championships individually.

So far at this long course meet he has 3 individual wins, with 4 more entries to come.

The Nadadores’ have a very impressive history of producing collegiate star swimmers, especially in the boys’ freestyle events. Among the program alumni are Jack LeVant, Johnathan Roberts, and Brett Ringgold. Roberts was a 2016 US Olympic Trials finalist in the 200 free, just missing the Olympic Team, LeVant swam at the 2019 World Championships as a member of the U.S. 800 free relay, and Ringgold was a 4-time NCAA Champion as a member of University of Texas relays.

Eddie will do great things with this 200 freestyler.

His mom and uncle swam at Michigan

If you consider honey buns “something”. Come on dude, he’s 14! Haters gonna hate!!