Matt Ellis Transferring to the University of Texas 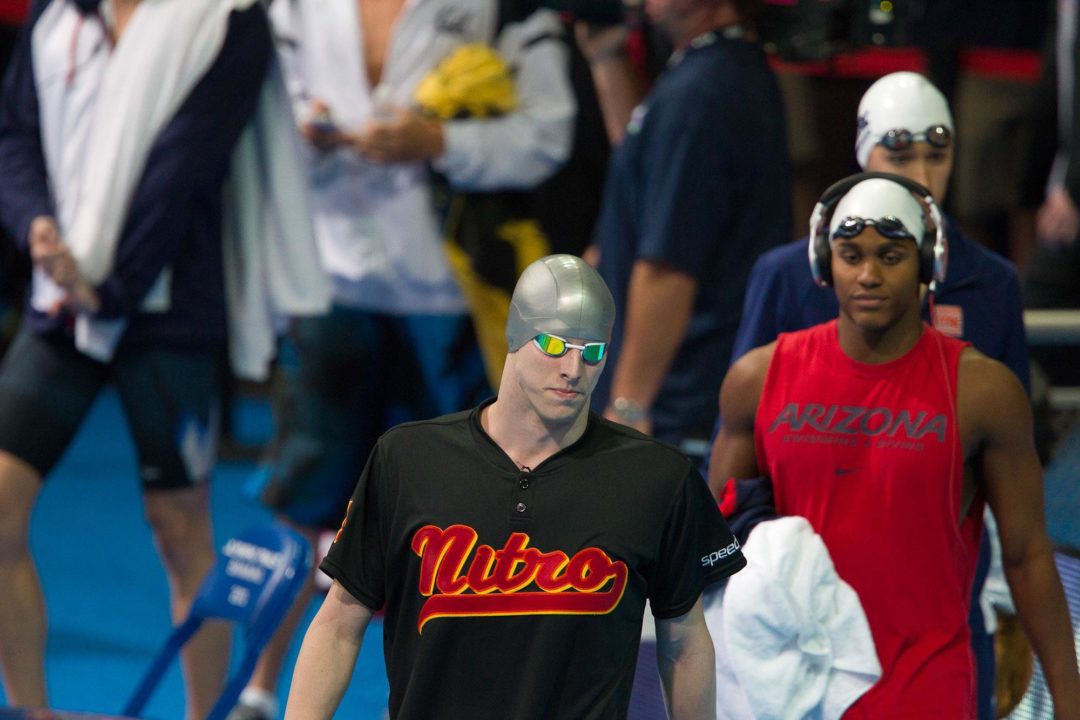 University of Georgia freshman Matt Ellis has chosen to transfer to the University of Texas next fall, he told SwimSwam...

University of Georgia freshman Matt Ellis has chosen to transfer to the University of Texas next fall, he told SwimSwam today. “I love the school, coaches, and the guys here, but the sprint group just wasn’t here. Texas is the best place for me to be in route to Rio 2016,” Ellis said.

He will begin competing for the Longhorns in the fall of 2013 as a sophomore.

Ellis was the top sprint recruit in the high school class of 2012 after being the youngest swimmer to make the semifinal in the men’s 100 free at the 2012 US Olympic trials by four years. The next youngest was actually another Longhorn (Jimmy Feigen).

That represents about half a second drop in each of his freestyle times from his high school bests and just over a second in 100 fly.

That sprint talent will be badly missed by Georgia and was also badly needed by Texas after the Longhorns graduated their top sprinters in two consecutive years: Jimmy Feigen and Dax Hill. The Georgia men are typically thin in the sprint freestyles, and were counting on four years from Ellis to help change that reputation.

The Longhorns become a serious NCAA team title threat for 2014, if they weren’t already, with this news. Their sprint group proved to be deeper last year than most knew (their own freshman John Murray had a great inaugural season), but a small recruiting class the year prior left them needing to reload. Eddie Reese has an outstanding class coming in next fall, and with Ellis and immediate-impact freshman Jack Conger joining the team, among others, their relay scoring will get a huge boost.

none of my business….but wonder how the scholarships worked out. Would have assumed that scholarship at UT was already accounted for…unless Coach Reese knew ahead of time. Regardless, feel bad for Coach Bauler…it’s hard to build a strong sprint core when there is no one willing to be the first (and that’s no blame to anyone…it’s a risk because there’s always a chance better recruits don’t follow). Goodluck to Matt, the longhorns, and the bulldogs!

Not surprising. I would transfer if i went best times too

He mentioned that his goals are long term, 2016, and if he feels that Georgia’s sprint training isn’t taking him there then he had to make a change. If he was focused on trials heading into his senior year then he wasn’t in position to go big times in yards, so maybe he felt like his times should be faster.

My thoughts are we don’t know what it was like for him and no one can judge his decision.

His LC best times from HS are comparable to his best times at UGA this season. He can and will go faster at TX.

His 49.24 was the 12th fastest American in the 100 LCM last year, and second (American) all-time behind one Mr. M. Phelps for 17&18 year olds. His SCY times did not reflect that at all this season.