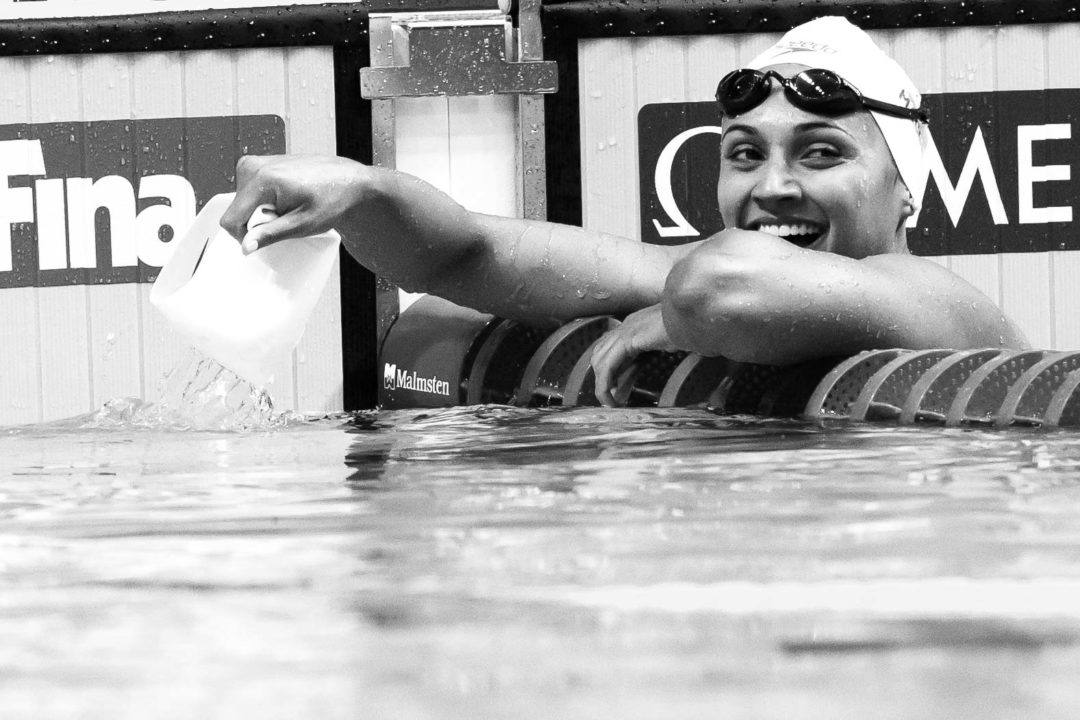 The 2018 U Sports Championships (formerly the CIS Championships) are set to get underway Thursday from the University of Toronto, as the best Canadian varsity swimmers converge for their championship meet.

The UBC Thunderbirds come in as the defending champs for both men and women, and will be the big favorites once again this year. Toronto grabbed both titles in 2016 as some of the Thunderbirds took Olympic redshirt years, but UBC had too much depth for them last year and this year will be a similar story.

The field is highlighted by reigning 100m backstroke world champion Kylie Masse, who also broke the world record in the event this past summer in Budapest. She’ll be joined by six of her 2016 Olympic teammates at the competition, along with a few additional swimmers who were at the 2017 World Championships.

The 22-year-old Varsity Blue, who is coming off a six gold medal performance at the Ontario Championships a few weeks ago, is the defending champ in all three backstroke events. She’s entered to swim those three, along with the 100 fly and 50 free (but will have to scratch one as swimmers can swim a maximum of four individuals).

Her biggest competition in the backstroke events will be UBC’s Ingrid Wilm, who was the silver medalist in all three races last year in Sherbrooke. In her other individual event she’ll face either Katerine Savard (100 fly) or Sandrine Mainville (50 free), depending which one she chooses.

Mainville is also a 2016 Olympic bronze medalist (400 free relay), and added a bronze medal this past summer in Budapest in the mixed 400 free relay. The defending champ in the 50/100 free will also take on Savard in the 50 fly.

After dealing with injury during the 2017 season, UBC’s Emily Overholt will compete in her first USport Championships this weekend. Overholt won bronze in the 400 IM at the 2015 World Championships, and went on to finish 5th at the Olympics in the same event (adding a medal in the 800 free relay). She’s currently entered to swim both IMs, the 200/400 free, and the 200 fly.

The fifth female Olympian competing will be Overholt’s teammate Erika Seltenreich-Hodgson, who was the 2017 champion in the 200 breast, 200 IM and 400 IM. Along with those events, she’s also entered in the 200 free and 200 back.

The two male Olympians swimming will be a pair of Thunderbirds in Yuri Kisil and Markus Thormeyer. Kisil, a three-time World Championship medalist in the mixed relays, comes in as the defending champ in the 50, 100 and 200 free. Thormeyer will look to defend his titles in the 100 and 200 back, and also avenge his loss last year to Kisil in the 200 free.

2017 World Championship team members Tristan Cote (Calgary) and Josiah Binnema (Alberta) will also be in action, as will breaststroke specialist Eli Wall of Toronto. All three men were nominated for the upcoming Commonwealth Games in April. Open water specialist Eric Hedlin of Victoria will also be there as he looks to defend his 400/1500 free titles.

Anyone for predictions/upsets?!!
I’m thinking Masse might take the 100 Fly since Savard is seemingly more of a 200 freestyler now.
Overholt with the comeback this year in the 400IM/200Fly.
W50 Free looks like it will be incredibly close.

Of course, this is just pure speculation and people may be not planning on resting due to Commonwealth Games around the corner.

I wouldnt say 100% but it’ll be a good race! Remember Savard went a 56 flat at SC champs in Windsor last year