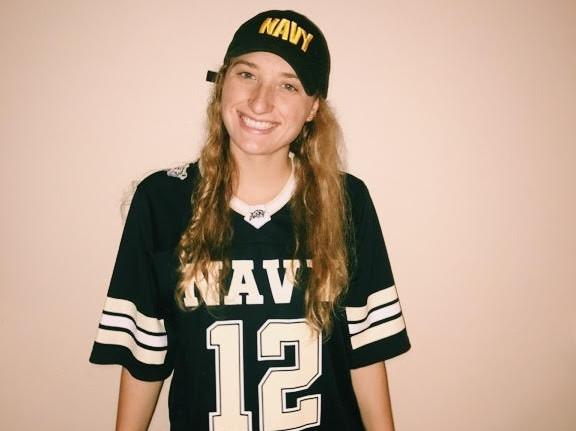 Martina Thomas of Haas Hall Academy and Razorback Aquatic Club Aquahawgs has verbally committed to swim for the Navy Midshipmen beginning in the fall of 2018. Current photo via Martina Thomas

“I am so excited to announce my verbal commitment to the United States Naval Academy! I look forward to carrying on the family tradition of serving in the military and following the footsteps of my grandparents and uncle. Thank you to all who have helped me through this process, especially my parents and Coach Morrison and Coach Lias! I can’t wait to be a part of such an impressive group of swimmer! Go Navy beat Army!”

The same week that her twin sister Luciana Thomas handed a verbal commitment to the University of Notre Dame, Martina Thomas of Fayetteville, Arkansas gave her verbal pledge to the United States Naval Academy. Upon graduation and commissioning, she will be the fourth generation of her family to make a career as an officer in the United States Armed Services. She explained to SwimSwam: “My uncle, grandfather, and great grandfather were all career army officers and combat veterans. I wanted to carry that tradition of our family in the military, and decided that Navy was the best option! The Navy will set me up for success in my academics and my swimming career, as well as give me the honor of serving our country.”

Thomas attends Haas Hall Academy and is a member of the quartet that broke the Arkansas 5A-1A state record in the 200 medley relay. At the 2016-2017 State 5A-1A Championships, she won four state titles: the 200 free and 100 back individually, and the 200 medley and 200 free relays.

So excited to verbally commit to the United States Naval Academy! Can't wait to be a part of NWSD and serve in our Navy.Go Navy beat Army!⚓️ pic.twitter.com/cYnX3rUECX

Those are really fast times! Just as fast as that guy committed to Wisconsin!