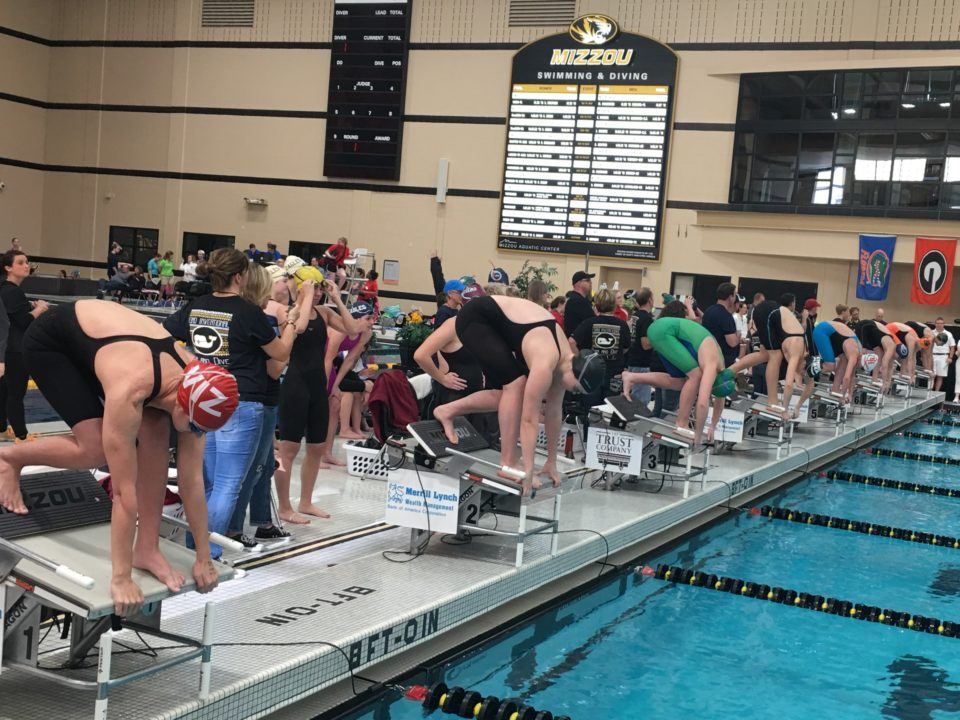 The name of the game for Marquette was depth as they amassed 300 points on the way to winning the team title at the 2017 COMO Invitational.  The Mustangs had multiple A and B finalists in nearly every event, led by two individual event winners; defending MSHSAA Diving Champion Ashley Yarbrough, and Katiana Porporis, who took the 200 IM by over three seconds with her 2:06.95 finish.  Porporis also took third place in the 100 fly and was joined by teammates Alyssa Lemon, Anna Davis and Lauren Berning in racking up big points with two A-final finishes each.  Marquette’s 200 freestyle relay team of Lemon, Lexi Basler, Amanda Yu and Porporis also managed to lower the Meet Record by two tenths (1:39.23) only to have it stripped in the finals when Madison Nguyen, Reagan Cathcart, Alyssa Juris and Emma Brabham beat them out to claim it for the Francis Howell Vikings, who lowered the record to 1:38.49.

Four more COMO Invitational Records were set during finals, starting with Paige Mitchell from Ladue Horton Watkins who won the 200 freestyle by just over three seconds on her way to a 1:50.65, cutting .7 from the record set last year.   Mitchell would also go on to take the Meet Record for the 500 free as well with an outstanding 4:55.94. Defending MSHSAA Champion Molly Moore lowered her own Meet Record in the 50 freestyle, after dropping a 23.59 in the prelim, eventually going on to win the event with 23.66 in the final. St. Joseph Central’s Audrey Schank also downed the 100 back Meet Record set in 2014, winning by over a second at 56.58.

Other notable swims include:

The Missouri High School girls season will culminate at the MSHSAA State Championship at the St. Peters  Rec-Plex on February 17-18, 2017.