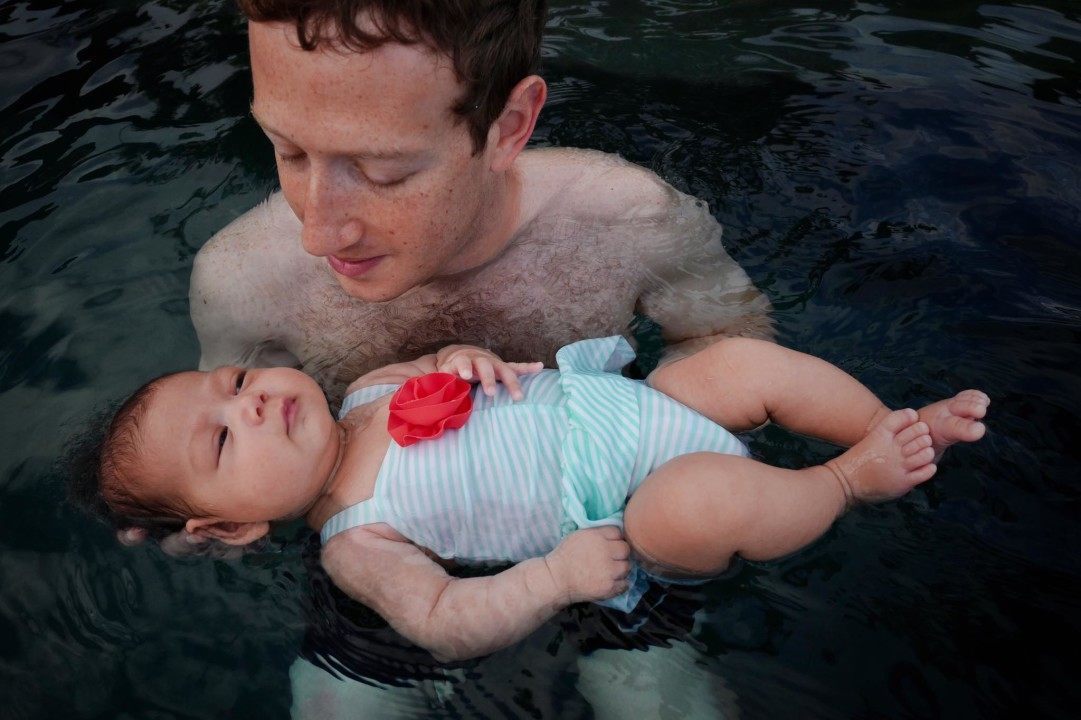 The elder Zuckerberg shared a picture of the experience on Facebook this past Sunday. Current photo via Mark Zuckerberg/Facebook

Facebook CEO and co-founder Mark Zuckerberg shared a photograph this past Sunday of himself holding his daughter Maxima while the two engaged in some aquatic-based bonding time. The social media mogul took advantage of the last day of his paternity leave to introduce the two-month-old to the swimming lifestyle. “Max’s first swim,” Zuckerberg explains in the caption. “She loves it!”

Max is pictured wearing a blue and white bathing suit, complete with frills and a rose, while her father holds her gently at the water’s surface. Zuckerberg has shared numerous pictures of Max over the course of his paternity leave, including a pre-vaccine photo at the doctor’s office and a photo of an irate-looking Max decked out in a tiny Jedi knight costume.

The American Academy of Pediatrics does not recommend formal swimming lessons for children until their 4th birthday and don’t believe they make children safer; however, they recognize the value of these programs as pre-swimming lesson development, cognitive development regimes, and most importantly as a way to teach parents how to be safer with their children in the water.

If Max enjoyed the experience as much as the caption suggests, there may even be hope for her to join the sport in a few years. However, it’s unclear at this time whether she will be ready for the 2032 Olympic Trials.

Conner – double check the date on your source for what the American Academy of Pediatrics says about the age for participating in aquatic readiness and swim classes. It is 12 months and older now.