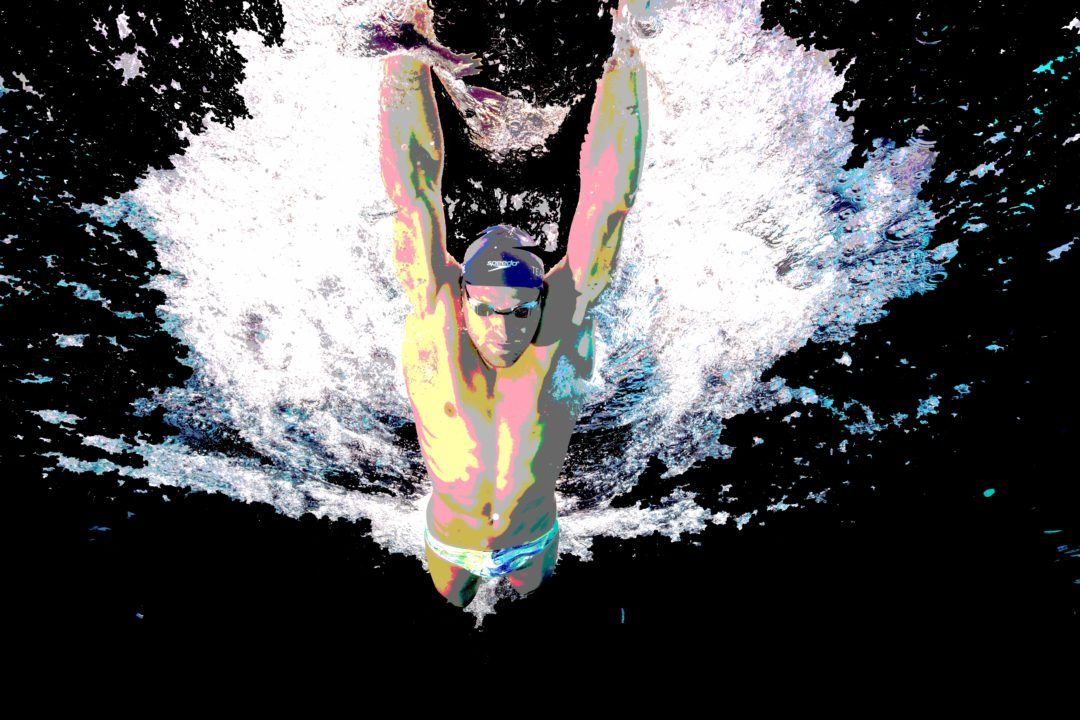 German swimmer Marius Kusch has broken a decade-old National Record in the 100 fly and posted a world-leading time at the European Championships. Current photo via Mike Lewis/Ola Vista Photography

Marius Kusch won his first international gold medal on Thursday evening at the European Short Course Swimming Championships in the 100m butterfly tonight at the 2019 European SC Championships. Kusch bettered a 10-year old record set by Germany’s Steffen Deibler. Deibler was the German sprint king and holds the national SC records in the 50m, 100m freestyle and butterfly since 2009.

Marius Kusch led the field in Glasgow tonight from the beginning to the finish and took the win in a time of 49.06. The time shaved 0.17 seconds off Deibler’s former German best time of 49.23. Deibler’s swim was done in a now-outlawed polyurethane supersuit.

“Yesterday I controlled my races, I left some reserves and did not swim all-out,” Kusch said after his gold medal swim. “I adjusted some technical details with my coach in order to win this title.”

That time for Kusch is also the new world leader for Kusch, clearing a 49.16 done by Caeleb Dressel at an International Swimming League meet. In his own ISL debut season, racing for the New York Breakers, Kusch swam a 51.19 in Lewisville. He was just 6th in that race, and improved in Budapest to 3rd place in 50.49. The 100 fly is the first race on the ISL meet schedule. Kusch’s previous lifetime best was a 49.35 from last summer’s World Short Course Swimming Championships. He added time in the final and placed 5th.

Kusch’s performance is the 5th fastest in history in the 100m butterfly in a 25m pool. Marius Kusch trains with David Marsh’s Elite Team in San Diego. Kusch attended college at Queens University in North Carolina.