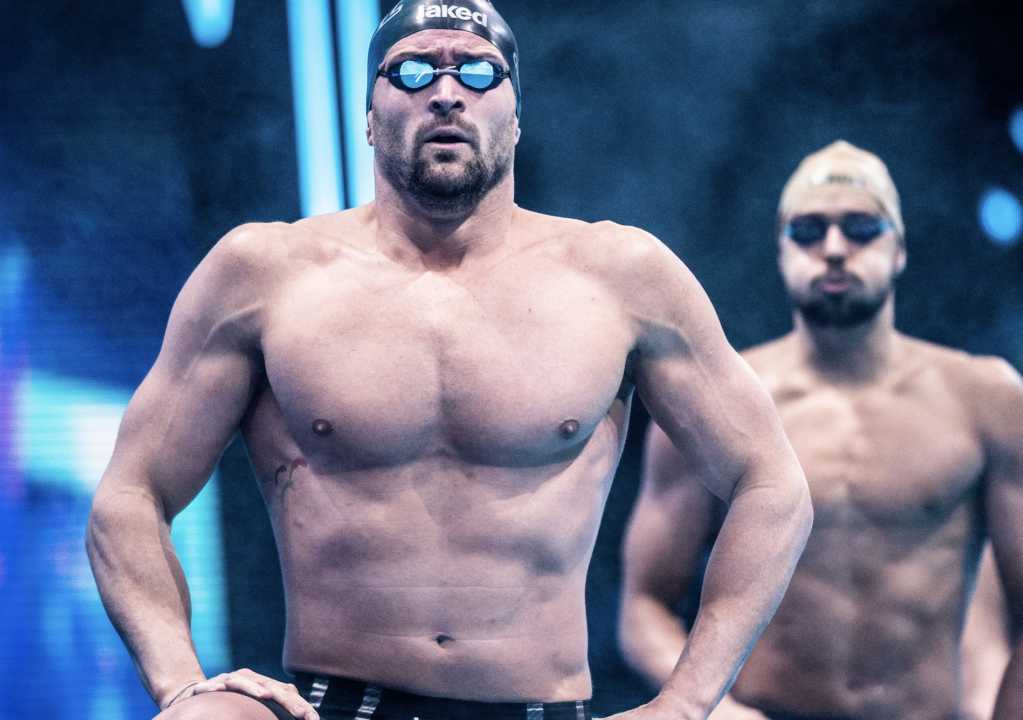 Orsi scorched a time of 22.50 in the opening round, breaking the Italian Record of 22.63 set by Thomas Ceccon in January. Archive photo via Mine Kasapoglu

Marco Orsi blasted a new Italian Record in the men’s 50 butterfly during Match 3 of the International Swimming League’s (ISL) 2021 season, doing so in the opening round of the skins event, no less.

Orsi clocked a time of 22.50, touching second to Brazilian Nicholas Santos, to lower the previous National Record of 22.63, set by Thomas Ceccon earlier this year.

Orsi, who represents Team Iron along with Santos, didn’t even race the 50 fly individually during the match, though his time from the skins would’ve finished third overall and scored six points.

After Orsi’s record performance, he advanced into Round 2, where he finished fourth in a time of 24.43 and thus out of the final.

Iron ended up leading all clubs with 38 points scored from the men’s fly skins, finishing third for the match as a whole with 405.5 points. Energy Standard (640.5) finished first, giving them two wins early on this season, while the London Roar (436.5) were the runners-up in their Season 3 debut.

Ever since Santo Condorelli switched to the Italian Swimming Federation, I’ve been following what Italy does internationally. For Marco Orsi to turn in such an impressive performance — at the age of 30 — is just amazing!