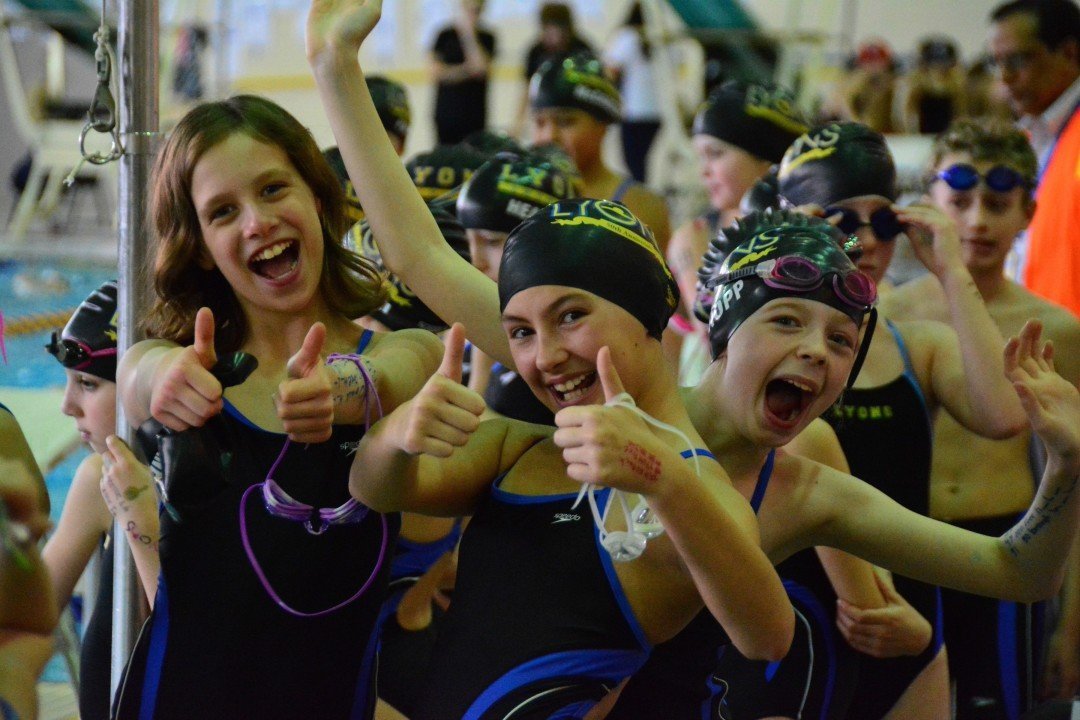 Thanks to Karen Deane for contributing the following story and photo gallery:

At the beginning of the Lyons Aquatics home meet on Feb 13, swimmers and coaches were greeted by Village Official, John Burns, who presented the team with a letter of congratulations on their 50th anniversary. “With 500 swimmers, the club reinforces the ideals of healthy choices, teambuilding and goal setting for children and families in the Lyons Township area. Children are excited to be part of Lyons Aquatics, which is a true testament of the club’s success,” stated Tom Livingston, Village President.

In 1964, the team began when a group of La Grange Field Club parents wanted to find an indoor swim team option for their kids during winter months. In the early days, there was just one coach and a couple of assistant coaches. Today, Lyons Aquatics has grown to include 7 different level swim teams, a dive team, a water polo team and masters swim program.

Lyons Aquatics also now includes many 2nd generation swimmers and coaches including red team coach Alison Credit and dive coach Julie McDermott. The club is just one of a few swim clubs in Illinois to have a separate strength and conditioning coach who works with many of the swimmers in dry land conditioning in addition to the water.

The club is currently at full capacity with 500 swimmers ranging in age from 7 to 70 and is one of the top 5 Illinois swim clubs. In 2012, Lyons Aquatics swimmer, Brian Donatelli, qualified for US Olympic Trials. The team just ended their regular season breaking 12 team records, a girls relay team qualifying for Junior Nationals and almost 30% of club swimmers qualifying to compete at Illinois swimming regionals. 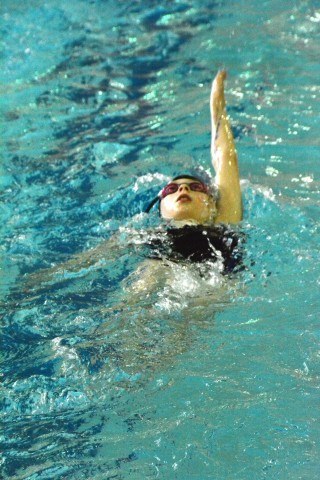 Samantha Chopp 10 of Lyons Aquatics is focused intently on her backstroke during warm-ups at the Lyons Aquatics County Line CLassic swim meet on Feb 14. 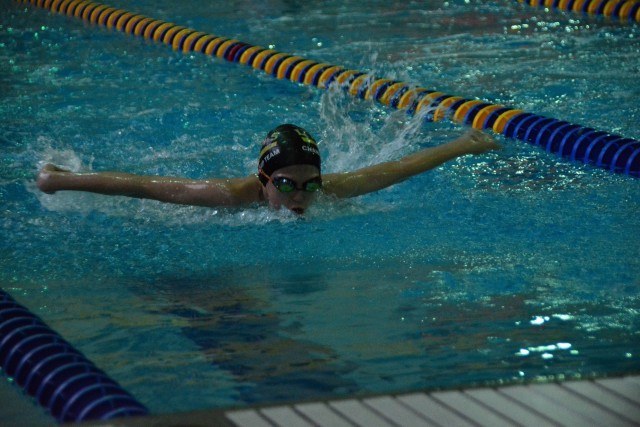 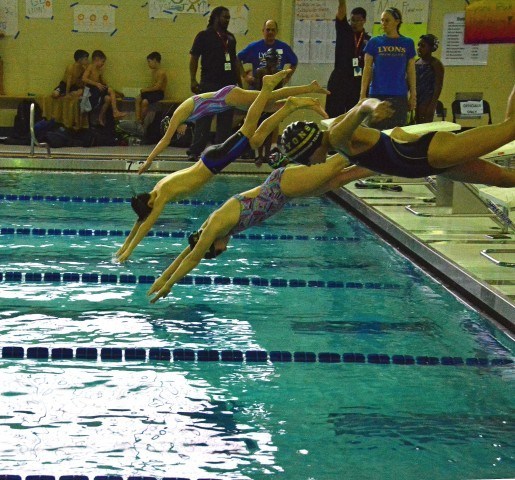 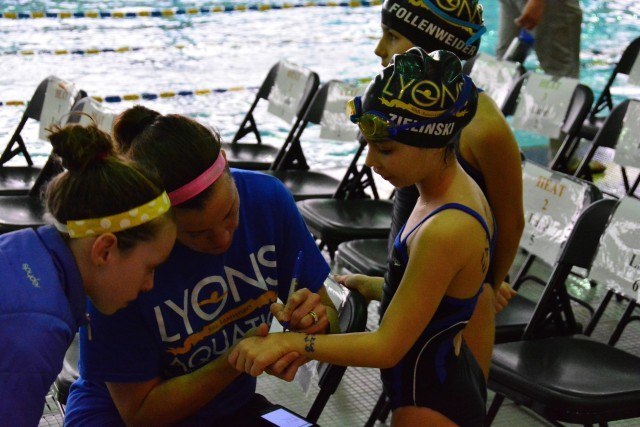 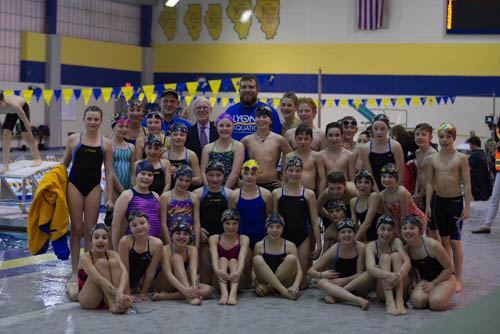 Wish my kids were coached by coach credit! Congrats Lyons and good luck with another 50 years.