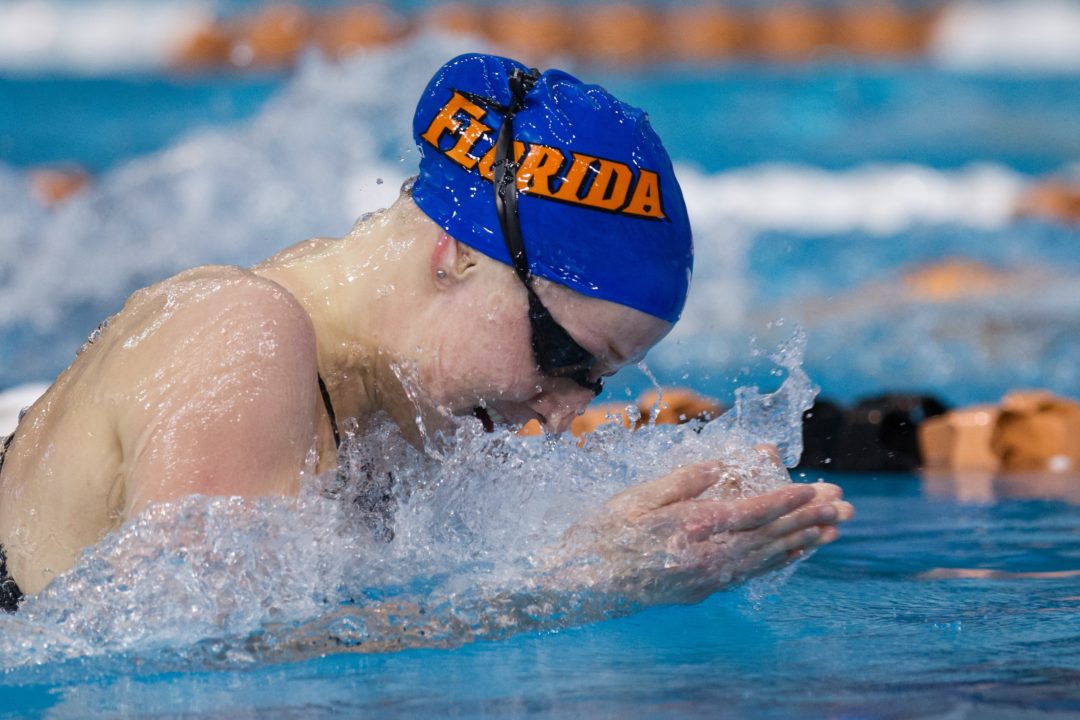 After lowering her own Icelandic 100 breaststroke record earlier this week, Hilda Luthersdottir made it a national double, going 2:22.96 to break her own 200 breast record Friday. Archive photo via Tim Binning/TheSwimPictures.com

After lowering her own Icelandic 100 breaststroke record earlier this week, Hilda Luthersdottir made it a national double, going 2:22.96 to break her own 200 breast record Friday.

That swim took exactly one tenth of a second off of the record Luthersdottir set at last summer’s World Championships in Kazan, Russia. Her former record was a 2:23.06.

The swim also earned the Icelandic swimmer a bronze medal. That means she has now earned the first two medals ever for her country at a long course European Championships meet. Her silver-medal performance in the 100 breast earlier in the meet was Iceland’s first Euopean Champs medal in the Olympic distance format. (Read more about that swim here).

Luthersdottir, who trains out of the University of Florida in the United States, will have a chance to make it a clean sweep of the Icelandic records in the breaststroke events tomorrow morning. She swims the 50 breaststroke, where she is already the national record-holder with twin 30.90s from last summer’s World Championships. She put up that time in both prelims and semifinals of the event, eventually taking 7th overall in the final.