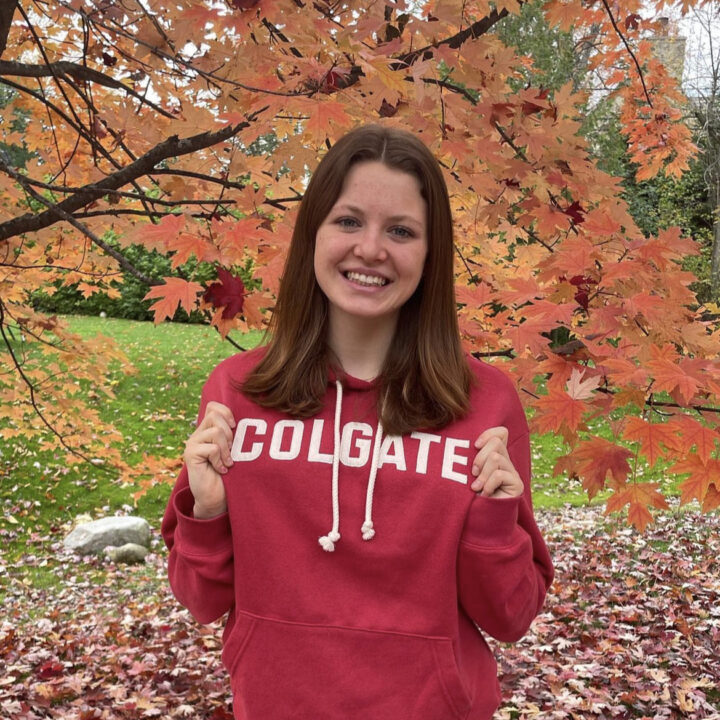 Not even a shark attack could stop Lucy Art from winning a Wisconsin state title earlier this month in the 50-yard freestyle.

Twenty months after a shark took a bite out of her wrist, Art claimed the crown at the WIAA Division II State Championships with a new personal-best time of 23.37. The week prior, the University School of Milwaukee senior posted her first sub-24 performance with a 23.45 at Sectionals that took nearly a second off her previous best from March. Thanks to a surgically-repaired wrist, six months of physical therapy, and some new motivation she found along the way, Art is back and better than ever.

“I just missed being able to improve,” Art said of last summer’s recovery process. “I just love the sport and love being with my team and just getting to race at meets. I really wanted to prove myself after the shark attack.”

Art’s quick instincts likely saved her from more severe injuries. Then 16 years old, she was swimming off the coast of Florida while on a spring break vacation with her family last March when she felt something bump into her legs. At first, she thought her cousins were messing with her, but it was no joke: A shark proceeded to jump out of the water and latch its teeth around Art’s wrist.

“My right hand was in its mouth and I punched it with my left hand,” she recalled. “I was in shock the entire time.”

Art’s strike caused the shark to retreat, but not before it cut four tendons and a main artery in her wrist. She also had bite marks on her legs, although luckily they were only puncture wounds. She screamed at her family to get out of the water, but they didn’t believe her at first.

Fortunately, a doctor just happened to be hanging around the beach that afternoon. He tourniqueted Art’s arm and ankle to stop the bleeding before an ambulance brought her to a hospital for stitches. Doctors in Florida initially told her she’d be okay, but she still couldn’t move her wrist when she got back home to Wisconsin. A local hand surgeon diagnosed a tear that required emergency surgery a few weeks after the attack.

Art’s recovery process involved three days a week of physical therapy for two months and two-day-a-week sessions for another four months. The movements focused on bending and stretching her right wrist, which was permanently altered after the shark took a piece of her tendon with it from the attack.

“One of my tendons was shorter, and my wrist was basically pointing up, if that makes any sense,” Art explained. “I had to stretch it out without breaking the tendon.”

Art returned to the pool for the start of her junior season last August, but regaining her form wasn’t easy. Her lifetime best before the shark attack was a 25.13 from the 2020 State Championships, and she went 25.79 at her first race back last September. Before the shark attack, her goal was to reach the 23-second range, which she just missed with her ninth-place finish in 24.39 at States last November.

“Last year I was really focused on just learning how to swim again with my wrist and stretching my wrist,” she said. “This season was more about doing what I know to do and being able to build back to what I was before the shark attack.”

The struggle made it all the more sweet when Art reached her goal earlier this month with a 23.45 at Sectionals, soon after committing to continue her swimming career at Colgate University. She lowered her lifetime best by another .08 seconds a week later to clinch her first and only high school state title. She also placed fifth in the 100 free with a time of 52.01, taking one one-hundredth of a second off her previous best from Sectionals.

Primarily a sprint freestyler, Art is working to add butterfly back into her portfolio after the shark attack threw a wrench in those efforts. The 18-year-old wants to make the stroke a priority this club season while training with the Schroeder YMCA Swim Team.

“I want to work on my fly,” she said. “Before the attack, I loved the stroke, but with my wrist, I feel like I lost my form. This club season, I hope to work on my sprint fly more.”

Way to go Lucy!!! What a terrifying experience! I am glad you are back doing what you love! 😲😊😊😊🏊‍♀️❤️

This is an amazing story — Lucy is winning at life! Swimming? Hmmm, think that test set is brutal? . . . Lucy is like “well, it was a tough set but no big deal compared to having to punch a shark in the face to survive a SHARK ATTACK!”

“Oh shoot” is a lot calmer than I would have been.

I suspect that quote was cleaned up for print 🙂

This is why I don’t swim in any body of water that doesn’t have a black line painted on the bottom.
Congrats on the win. Great story!

Colgate got a gem

She is pretty special

Congrats Lucy! Incredible perseverance through what I’m sure was an incredibly traumatic experience.