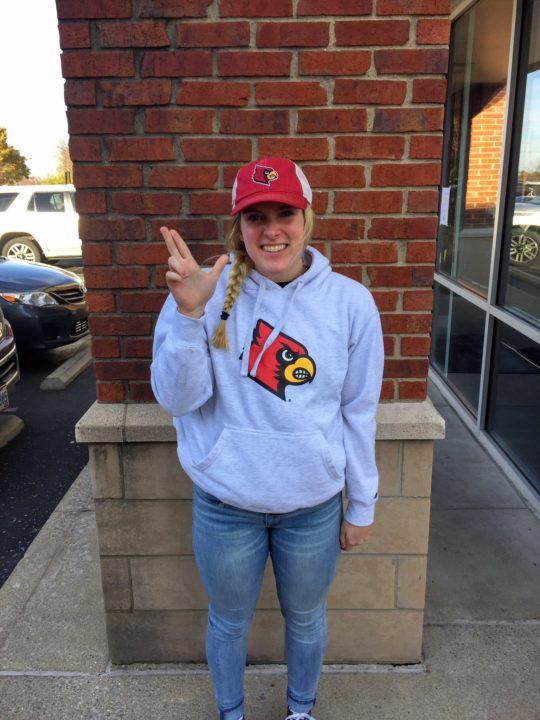 The Louisville Cardinals have added another to their class of 2021, with their own Cardinal Aquatics’ Rachel Howard. Primarily a breaststroker,... Current photo via Rachel Howard

The Louisville Cardinals have added another to their class of 2021, with their own Cardinal Aquatics’ Rachel Howard. Primarily a breaststroker, Howard’s best event is the 200 breast, where she holds a 2016 Winter Junior Nationals cut. She’s a senior at Christian Academy, where Louisville head coach Arthur Albiero‘s daughter Gabi is a sophomore swimmer.

Howard will add breaststroke depth to a Louisville team that will be bleeding following the departure of Andee Cottrell after this season. They only had two scorers in the 100 breast at last year’s ACC Championships, though their strength is in the 200, where they actually had five. Howard is outside of ACC scoring range with her current best times, but she’ll get to train for two seasons with 200 breaststroker and IM’er Rachael Bradford-Feldman. Additionally, Howard will find a training partner in her 2021 classmate Morgan Friesen, a 1:01/2:14 breaststroker hailing from Colorado. The pair will be joined by backstroker and SwimSwam’s #7 Ashlyn Schoof along with butterflier Carley Lowe.