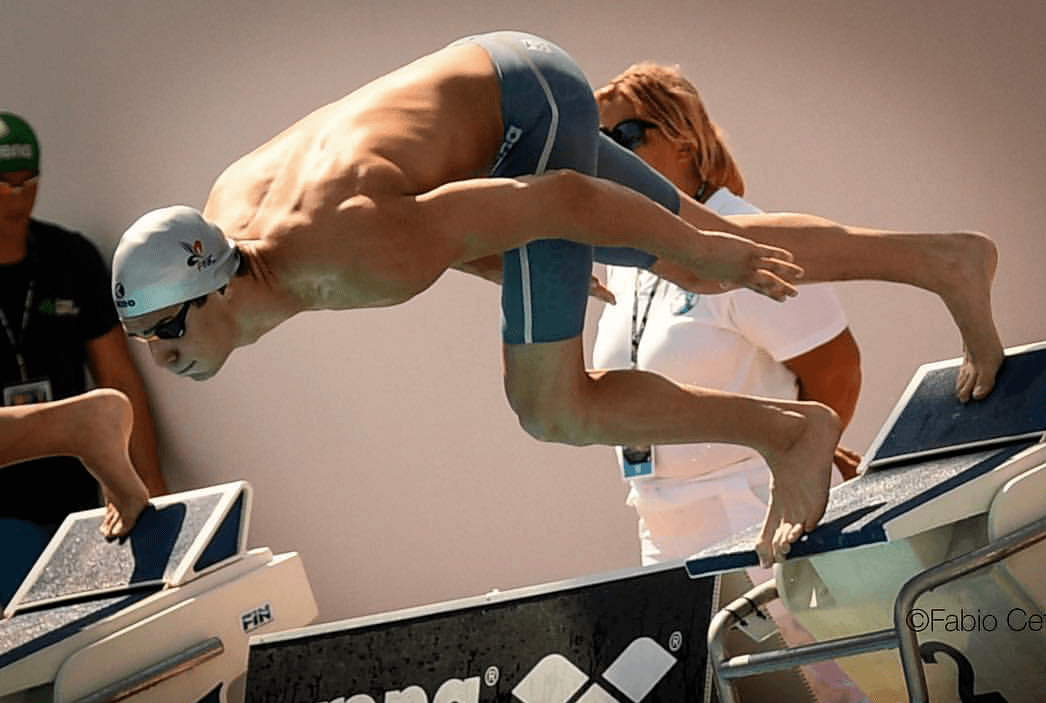 His time of 21.94 qualifies him for the European Championships, but he'll need to hit a 21.79 or better in finals to get onto the Olympic team. Current photo via Fabio Cetti - KCS Media srl - www.facebook.com/kcsmediasrls

Day one prelims ran this morning in Riccione for the 2021 Absolute Italian Championships, which is the last major qualifier for the 2021 Italian Olympic roster. After this week, though, some swimmers may be added based on their performances at the Sette Colli Trophy in a couple of months. Read our full preview here.

Zazzeri is now eighth in the world rankings this year. His time qualifies him for the European Championships, but he’ll need to hit a 21.79 or better in finals to get onto the Olympic team.

Simona Quadarella and Martina Caramignoli both broke 4:10 this morning in the women’s 400 free, swimming respective times of 4:09.58 and 4:09.73. Quadarella was about six seconds off of her best, while Caramignoli was only a second off.

Youth prevailed in the women’s 50 free, as 19-year-old Costanza Cocconcelli led the way at 25.15 to tie the meet record. She edged out Italian record-holder Silvia Di Pietro (25.18) and veteran Federica Pellegrini (25.21).

Margherita Panziera was the fastest qualifer into the 200 back A-final, swimming to a 2:10.33 that was three seconds ahead of the rest of the field. Panziera holds the Italian record (2:05.72). Martina Cenci was second (2:13.04) and Italian junior record-holder Erika Gaetani third (2:13.21).