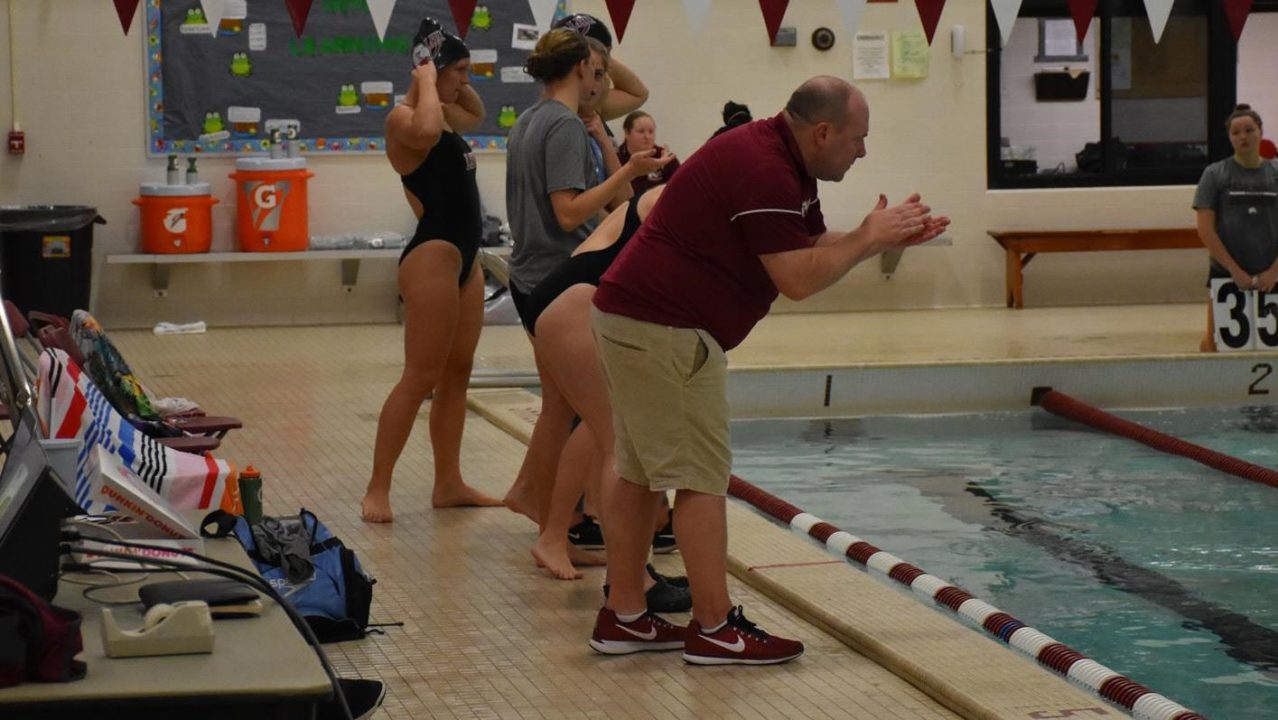 “We are excited to welcome Phil as our next head coach of Red Flash Swimming and director of our aquatics programs,” said Robinson Fruchtl. “Phil is a great fit for our institution and our community. Being from Central Pennsylvania, Phil has strong ties that will help recruit locally and regionally.  Phil has a record of creating great relationships with student-athletes and their families.  I am looking forward to having Phil mentor and develop our student-athletes.”

With over 15 total years of collegiate coaching experience, Hurley came to Saint Francis after spending the last two seasons as the head coach of the Lock Haven University swimming program.

“I am excited to lead the Red Flash women’s swimming team,” said Hurley. “Saint Francis is a special place with great people. I am looking forward to continuing the excellent swimming tradition that has been built.”

In his first season as head coach of the Bald Eagles, Hurley sent seven swimmers to the PSAC Championships, including five who qualified for individual events. At the PSAC Championships, every swimmer that dove into the pool set their personal best time. The relay teams were able to improve their bests by a jaw-dropping 20-30 seconds. Each individual swimmer also crushed personal records by around three to four seconds each.

Although he was personally responsible for the distance and sprint programs at South Dakota State, Hurley worked with, and coached all training groups and strokes. He coached numerous Summit League individual champions and helped a number of student-athletes reach NCAA DI “B” cut standards.

While at SDSU, Hurley also served as the program’s recruiting coordinator. In that role, he nearly doubled the team’s roster size.

Under the guidance of Hurley, the men’s and women’s swimming & diving teams also excelled in the classroom. The men’s team earned 10 consecutive Scholar Team Awards and the women achieved a team GPA of 3.0 or higher for every semester Hurley was on campus.

Prior to his time at South Dakota State, Hurley was a two-year graduate assistant coach at Division I George Mason University. He has extensive club and high school coaching experience, and also brings with him a strong collegiate teaching background.

A native of Carlisle, Pennsylvania, Hurley graduated from Dickinson College in 1998 (B.A., economics). He earned his master’s in exercise, fitness and health promotion from George Mason in 2006. Following his graduation from Dickinson, Hurley was an officer in the United States Army.

Steal of the century

What is going on with this school? The old coach was arrested in February and they are just now hiring. It takes almost six month to hire a coach at this school. Sounds like a mess!