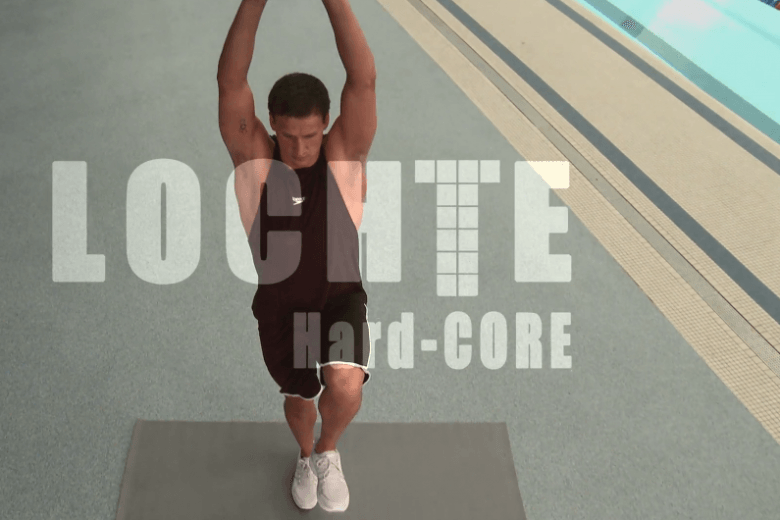 A taste of Ryan Lochte's new workout video, "Lochte Hard-CORE," goes live on his website, ryanlochte.com, Wednesday, but you can catch a glimpse here right now!

As you can see from the teaser video above, Lochte and crew captured the workout footage in Gainesville, Florida. True to his word, Lochte has stayed close to home to maintain his brutal training regiment on the run-up to U.S. Olympic Trials in Omaha.

Lochte is managed by Erika Wright and Shawn Zenga.

FROM THE VIDEO DESCRIPTION: A revolutionary new home workout series that is truly breaking the elements of home workout training. Starring Ryan Lochte, six-time Olympic Medalist and his trainer Matt DeLancey, Lochte Hard-CORE will focus entirely on the core. The core is the most important part of a swimmer’s body because it is the foundation of strength. Without a strong core a swimmer’s strokes alone would not be powerful enough to win the gold. The core is also the most important part of YOUR body!

Aww, he wasn’t wearing that adorable mini-microphone the whole time.

Quite the shot of the orange chick 53 seconds in.

LOL. I was thinking “is there a girl in orange somewhere I’m missing?”

It would appear RL also the director of photography for the shoot as well.

Disappointed by the lack of keg tosses in the video.

Braden….. I was looking for the anchor, fat chains and keg tosses too, but this is only a teaser for volume #1… Maybe we’ll see it in the full-length vid!

If Lochte lightened the touch in this series to sell more units (you know, producing a video most folks can do), then he does need to double-down in a “strongman” version, showing us exactly what it takes to be the World Swimmer of the Year 3 years running. (So, Hard-CORE v2, or will it happen in this series? Stay tuned….)