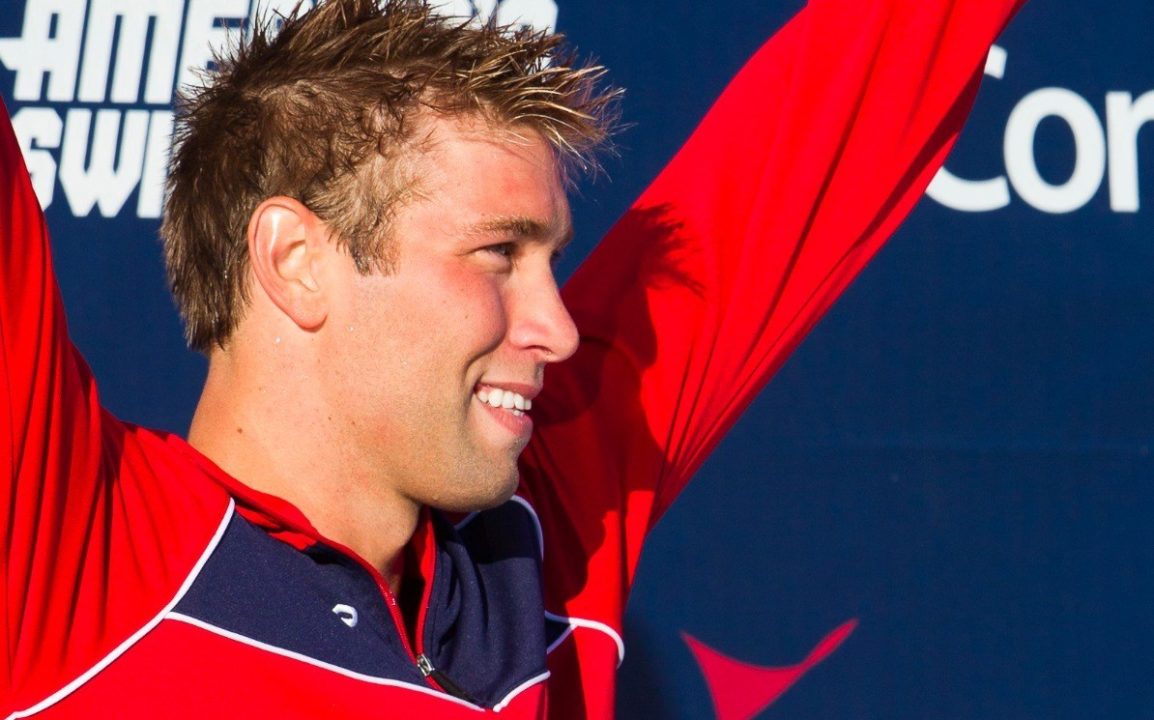 Matt Grevers says being 6'8" comes in handy at the end of races like the 100 back at the Mesa Grand Prix. (Photo Courtesy © Tim Binning/TheSwimPictures.com)

Matt Grevers talks about his win in the 100 back on Night 3 of the Mesa Grand Prix (Sponsored by VisitMesa.com), his size advantage, and his mini-moon to Sedona that’s coming up this week.

Recap of his win from Braden Keith:

When asked what the key was to winning the men’s 100 backstroke. Matt Grevers’ answer was simple: “being 6’8″”. After a back-and-forth battle with Minnetonka’s David Plummer, the Olympic champion just got his hand on the wall first in 54.26, with Plummer taking 2nd in 54.28.

Plummer is by no means short, but Grevers’ 5 inch height advantage paid off at this finish.

Stanford post-grad Eugene Godsoe was 3rd in 54.77, and Bolles’ Ryan Murphy (a Cal commit) took 4th in 54.81. Murphy is more than a decade younger than Grevers and Plummer.

Matas Andriekus, a Lithuanian who trains with SMU, was 5th in 55.84. That’s another top-5 finish for the Mustangs.

Also of note, Redlands Swim Team 16-year old Kyle Gornay took 10th in 57.39. Ryan Lochte was 6th in prelims of this race, but scratched the final to focus on the 200 IM.