Breeja Larson making the most of her trip home 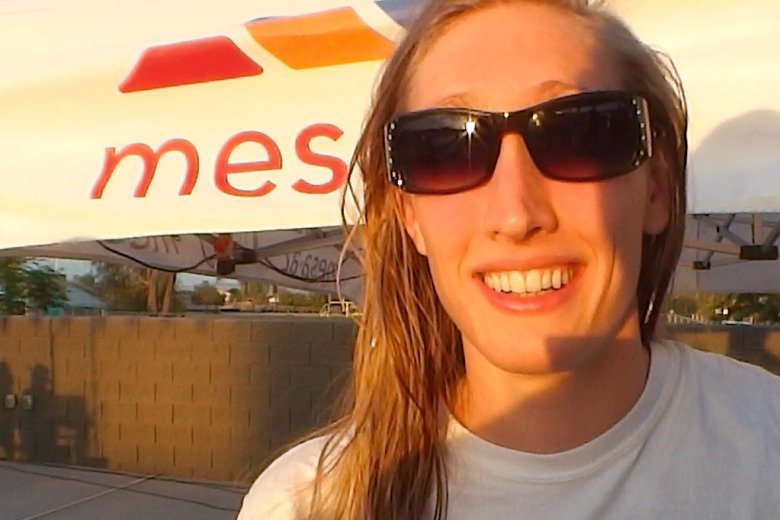 Breeja Larson talks about her win in the 100 breast on Night 3 of the Mesa Grand Prix, swimming in front of her home crowd, her adjustment to long course, and her disappointing 2nd place finish in the 200 breast at Women's NCAAs.

Breeja Larson talks about her win in the 100 breast on Night 3 of the Mesa Grand Prix (Sponsored by VisitMesa.com), swimming in front of her home crowd, her adjustment to long course, and her disappointing 3rd place finish in the 200 breast at Women’s NCAAs.

Recap of her 100 Breast from Braden Keith:

In a battle of underwater-titans, Texas A&M’s Breeja Larson and South Florida Aquatics’ Alia Atkinson went toe-to-toe in this race. Larson would say after the race that her goal was to go out faster, and though she did that a little bit, the big difference in this final was her back half. Coming off of the turn, Larson just blew past Atkinson (also a former NCAA Champion for the Aggies). That shows just how deadly Larson’s turns can be even in long course, because Atkinson (the 4th-place finisher at the Olympics) has had one of, if not the best, pullouts in the world for the last few years.

Jessica Hardy scratched the final, so those two were pretty comfortably ahead of the rest of the field, with Swedish swimmer Rebecca Ejdervik taking 3rd in 1:09.28. SMU’s Rachel Nicol was 4th in 1:09.88, and Catherine Meili from Columbia (University), who had such a big college season, placed 5th in 1:09.98.

T2 Aquatics’ Erika Erndl, who even at 34 years old continues to find new ways to improve her versatility and expand her repertoire, was a 1:11.64 for 10th overall.

Haley spencer was 2nd. Breeja was 3rd at NCAAs.