Lobanovskij Becomes Just 2nd Hungarian Ever Under 22 In 50 Free 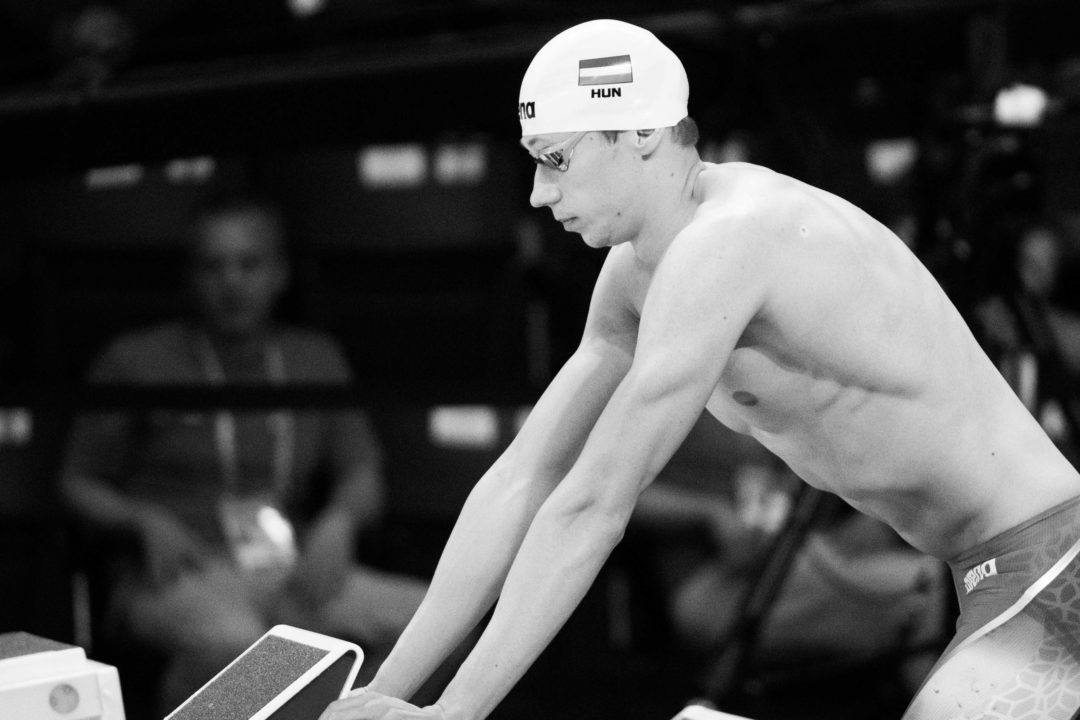 Maxim Lobanovskij crushed the men's 50m free field tonight at the Hungarian Nationals, becoming the 2nd fastest Hungarian ever in the event in the process. Archive photo via Mike Lewis/Ola Vista Photography

There was plenty of action in the Debrecen Pool outside of the heated men’s 200m fly race, which saw Kristof Milak top both Olympic medalists Tamas Kenderesi and Laszlo Cseh. You can read more about that clash of the titans here.

Hitting the wall in 21.79,  Lobanovskij laid waste to the field, representing the only swimmer to dip under the 22-second threshold. Behind the winner was Nandor Nemeth, who notched a far away 22.18 for runner-up tonight.

Zsuzsanna Jakabos turned some heads with her impressive 2:07.98 AM time in the women’s 200m fly, a mark that easily dipped under the FINA A standard of 2:09.21 for this summer’s World Championships. But, the 29-year-old couldn’t replicate the same type of performance this evening, as Boglarka Kapas surged to the wall first tonight in 2:07.37.

Kapas opened in 1:02.28, well behind Liliana Szilagyi and Katinka Hosszu, who opened with 100m splits of 1:01.89 and 1:01.40. But the mid-distance ace closed the door on the competition on the back half, rolling home to register the 2nd fastest time of her career in 2:07.37. Kapas’ personal best of 2:07.13 to take gold at last year’s European Championships is just .24 away from what she produced tonight.

Kapas now enters the world rankings as #4, with Szilagyi now #5 and Hosszu slides to #6 with her 2:07.89 from last weekend in Marseille.

In Tarragona last year, Silađi produced a time of 1:00.46 for silver and before that notched 59.91 at the 2018 European Championships in the semi-finals. He scorched that mark tonight, checking in with the 6th fastest performance in the world this year.

You are forgeting Čaba Siladji, who broke Serbian record and won 100 breast in 59,40. He probably made top 10 in the world or better with that time.

And also Hungarian record as he has dual citizenship. He is 6th in the world with this time.

You are right. He now owns 50 and 100 Hungarian and Serbian LC records.