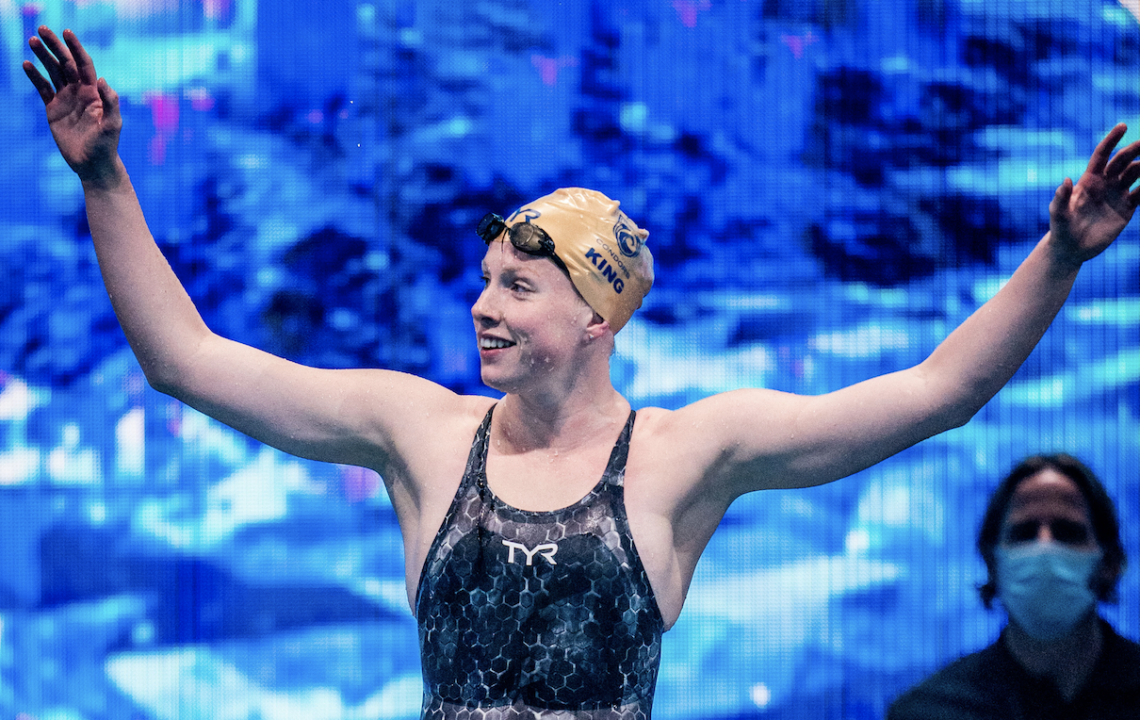 After 30 consecutive wins, Annie Lazor snapped Lilly King's unparalleled streak in the ISL with a win in the women’s 200 breaststroke. Current photo via Mine Kasapoglu

Lilly King‘s historic undefeated streak has come to an end.

The Cali Condor superstar had been untouchable throughout her ISL career, winning every time she hit the water through seven matches and 30 races. If we include all three rounds of the two skins events she won, King had touched first in 34 consecutive appearances.

The run was snapped during Match 10, with King facing Indiana training partner Annie Lazor, who competes for the London Roar, in the women’s 200 breast.

It was the perfect storm for King to lose, adding just over a second and Lazor dropping just under a second.

In Match 8, Emily Escobedo pushed King to her best time, going 2:16.51 to King’s 2:15.80. King also had a close call in the 50 (Molly Hannis) and the 100 (Alia Atkinson) in Match 8, along with a tight battle with the London Roar in the medley relay, and then had to fend off Atkinson in the breaststroke skins.

Just after SwimSwam posts an article about how dominant King is in skins and her 30 race win streak. Lol

Regardless, congrats to the 2. what a tight race. King had a very good streak but Lazor just got her.

Annie Lazor is also part of the IU pro group