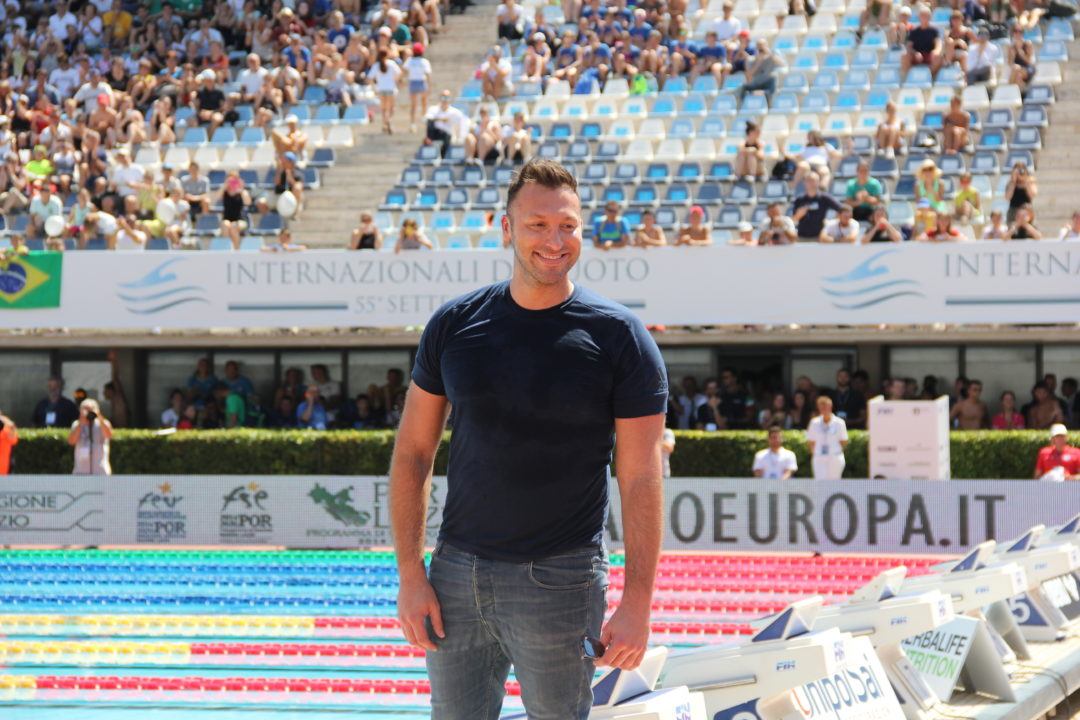 5 legends become the first to be celebrated in the new Swimming Australia Hall of Fame, with the inductees unveiled at... Current photo via Giusy Cisale

Fred Lane (Dolphin #1), Fanny Durack (Dolphin #9), Dawn Fraser (Dolphin #86), Shane Gould (Dolphin #214) and Ian Thorpe (Dolphin #494) comprise the first class of inductees, with the group both spanning and highlighting some of the most significant generations of Australian swimming.

In a clear indication of the elite calibre of the inaugural class, the five Australian swimming luminaries were chosen from the 1,163 athletes to have worn the Gold Cap across the Dolphins history.

Swimming Australia CEO, Eugénie Buckley, said it was a profoundly proud moment for the sport of swimming in Australia.

“The Australian Dolphins have a legacy of more than 120 years as our country’s most admired team and these five athletes represent the very essence of what it has meant to swim for Australia,” Buckley said.

“Whether it is their immense achievements in the pool, or the tremendous pioneering spirit each has displayed to leave the sport in a better place than which they found it, all five athletes have left a mark on swimming that will inspire multiple generations, as is clearly the case with Fred and Fanny.”

“While there will be many worthy of elevation to this new Hall of Fame in the coming years, there are none more deserving to be first through the door than these five and we are incredibly proud to unveil them as our inaugural inductees.”

Both Fraser and Gould were in attendance at last night’s 2022 Swimming Australia Awards to accept their induction.

The Swimming Australia Hall of Fame has been established to both recognise and celebrate those who have left an indelible mark on the sport at the international level.

Fred Lane – Australian Dolphin #1
After winning multiple All-Schools’ Championships in the early 1890s, Fred Lane joined the East Sydney Amateur Swimming Club in 1895 and soon rose to be the world’s top amateur swimmer at the turn of 20th century. Sponsored by businessman and sportsman Mark Foy, Lane moved to England in the summer of 1899 and settled in Blackpool, working as a clerk at a legal firm. Joining Blackpool Swimming Club, he won the British Amateur Swimming Association (ASA) 220 yds and quarter-mile salt water titles in 1899, 220 yds title in 1900, and 100 yds and 220 yds titles in 1902. Lane competed as one of only three Australians at the 1900 Olympics, where he won gold medals in 200 m freestyle and 200 m obstacle course events. While winning the ASA 100 yds title in 1902, Lane became the first man to swim 100 yds in one-minute flat and, while winning the 1902 220 yds title, Lane clocked 2:28.6, which in 1974 was ratified by FINA as the first world record for 200 metres. In October 1902, Lane also became the first man to swim 100 yds in less than a minute by clocking 59.6 at Leicester Baths. Lane retired from swimming at the end of 1902 and returned to Australia in 1903.

Fanny Durack – Australian Dolphin #9
Fanny Durack was Australia’s first female Olympic medallist, winning gold in the 100m freestyle at the 1912 Stockholm Games. Sydney born, she broke 11 records between 1912 and 1918. She held the 110yds freestyle record from 1912 to 1921, the 100m freestyle record from 1912 to 1923; the 220yds freestyle record from 1915 to 1921 (the first woman to hold this record), the 500m freestyle record from 1916 to 1917 and the mile record from 1914 to 1926. Fanny won gold at a time when female swimmers in this country competed under the most difficult of circumstances. Fanny was the forerunner of our great champions, Lorraine Crapp, Dawn Fraser, Shane Gould, and Susie O’Neill. She swam at a time when women were not allowed to race at meets if male spectators were present. In fact, large signs were displayed outside baths forbidding men to enter when the women were swimming. Following her success at the Games, Fanny toured America three times over the next few years and helped to break down many of the taboos which prevented women from taking part in elite competitions. She was eventually forced to retire at the age of 29 following complications after surgery to have her appendix removed.

Shane Gould – Australian Dolphin #214
At the age of 15, Shane Gould stamped herself as one of the greatest female swimmers of her time. Gould competed in only one Olympic Games and won more medals, five, than any female Australian Athlete had ever done. She set eleven world records before retiring at 16 years old and is still, to this day, the only swimmer in history to hold all freestyle world records, 100m, 200m, 400m, 800m, 1500m and the 200m Individual Medley at the same time. At the 1972 Munich Olympic Games, Gould swam in 12 races over an eight-day period, logging 4200m of competitive swimming in the process. Her five medals in Munich included three Gold in the 200m Medley, 400m Freestyle and 200m Freestyle, all of which were World Records, Silver in the 800m Freestyle and Bronze in the 100m Freestyle. At the time of her retirement in 1973, Gould had held the Australian title in the 100m, 200m, 400m, 800m and the 1500m freestyle and included the 100m butterfly and 200m and 400m Individual Medley over a three-year period.

Ian Thorpe – Australian Dolphin #494
Australia got their first glimpse of this future legend at the 1997 Australian Championships where, at just 14 years and five months, he placed third in the 400m freestyle to become the youngest ever male selected to a Senior Australian team. The following year he was part of the 1998 World Championship squad competing in Perth and was a member of the gold medal-winning 4x200m freestyle relay team, the first time Australia had won this event since 1956. Thorpe made history at the same meet, becoming the youngest male to win a World Championship when he won gold in the 400m freestyle event. It was the start of his domination of this event. Later that year he attended his first Commonwealth Games in Kuala Lumpur, winning four freestyle gold medals across the 200m, 400m, 4x100m and the 4x200m distances. Thorpe set his first individual World Record in the 400m freestyle final of the 1999 Pan Pacific championships in Sydney, finishing the competition with three more gold medals in the 200m, 4x100m and 4x200m freestyle events, also breaking the 200m freestyle world record. Thorpe entered the Sydney Olympics amid great expectations and subsequently delivered a remarkable performance. The then 17-year-old won his maiden Olympic Gold medal by breaking his own world record in his first event – the 400m freestyle. He would go on to win two more Gold medals, in both the 4x100m and 4x200m freestyle relays, along with two Silver medals in the 200m freestyle and 4x100m medley relay.

Thorpe dominated in the pool at the 2001 World Championships in Fukuoka, winning six gold medals from his six events in the 200m, 400m, 800m, the 4x100m and 4x200m freestyle events and as anchor of the 4x100m medley relay. He set four more world records in each of the individual events and the 4x200m relay. In 2002 Thorpe continued his supremacy by competing in seven events at the 2002 Commonwealth Games in Manchester, finishing with six gold medals and a silver medal, before becoming the first world champion to win the same event three times with victory in the 400m freestyle at the 2003 World Championships in Barcelona. In what ultimately proved to be his last Olympics, Thorpe overcame a turbulent preparation for Athens to respond brilliantly with a gold medal performance in the 400m freestyle before following it up with gold in the 200m freestyle, silver in the 4x200m freestyle relay and bronze in the 100m freestyle event. He announced his retirement from swimming in late 2006.