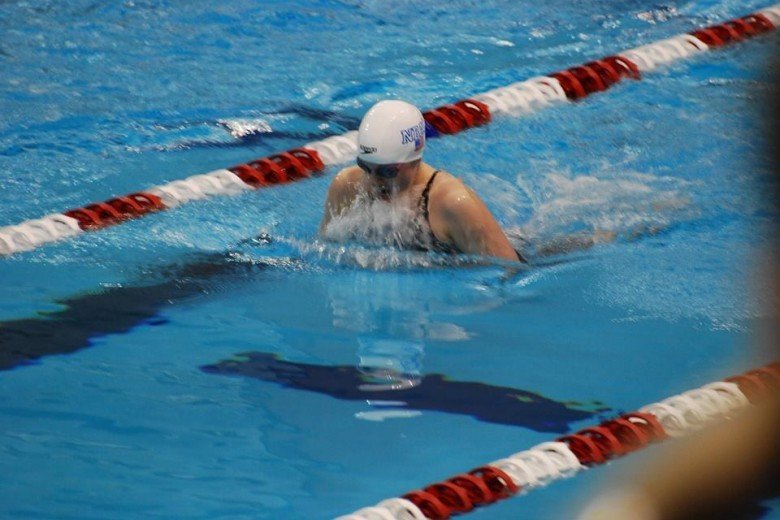 NBAC’s Lauren James had announced that she has verbally committed to the Louisville Cardinals.  She currently swims for North Baltimore Aquatic Club under coach Erik Posegay.   She qualified for her first Olympic Trials at the age of 15 in the 200 Backstroke.  At this past years World Championship Trial she placed 20th in the 200 Breaststroke.   She also competed this summer at Junior Nationals in the  400 IM, 200 IM, 200 Backstroke, 200 and 100 Breaststrokes.

James also came is 1st place at the 2013 MD State Championship Meet in the 400 IM and came in 1st place in the 200 breast at the North Region Sectionals in March.  She has been invited to attend the National Select Camp at the Olympic Training Center in Colorado Spring, Colorado later this month for her time in the 200 Breaststroke.