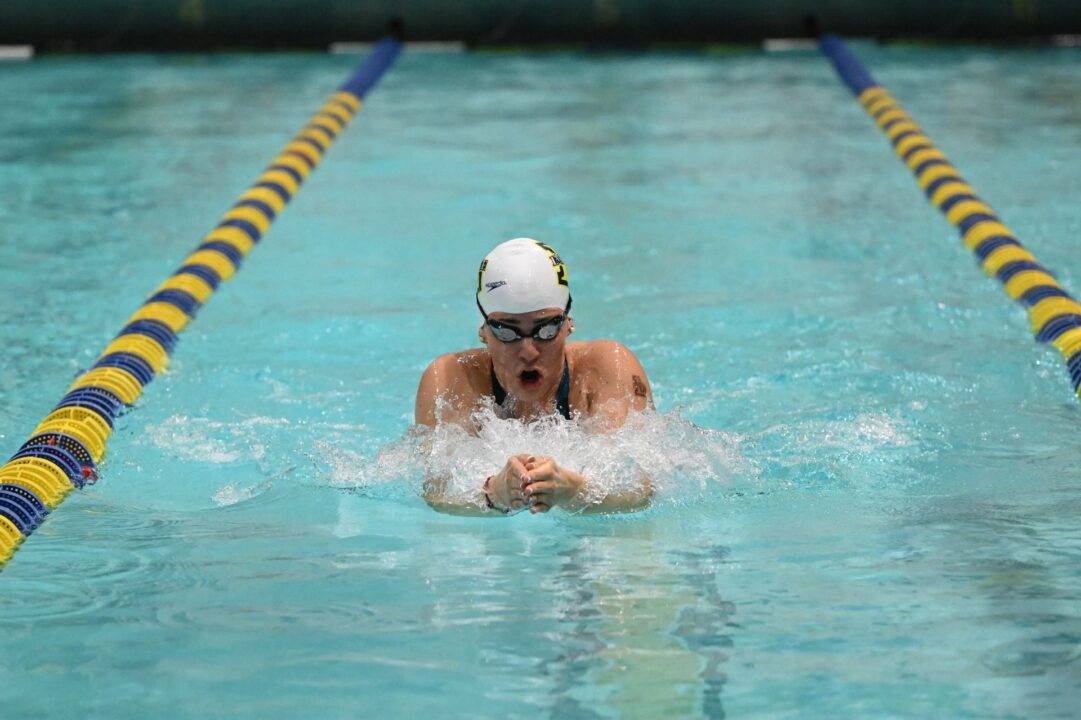 How the Swimmers Finished –

How the Divers Finished –

How It Happened
Rhode Island won four individual events, but it was not enough to keep up with visiting La Salle as the Explorers defeated URI 192-108 Saturday at the Tootell Aquatic Center.

La Salle claimed the first two events, placing first and third in the 200-yard medley relay, and then grabbing the top three finishes in the 1,000-yard freestyle. The quick start gave the Explorers a 39-7 lead in the team score. Mia Bonvissuto gave the Rams a boost with a win in the 200-yard freestyle with her time of 1:56.69. Teammate Quinn Frost added a fifth-place finish in the race as URI outscored the Explorers 10-9 in the event.

However, La Salle’s overall depth proved too much, as the Explorers maintained a hold on the team score throughout the meet.

Standouts from the Pool

What’s Next
Rhode Island is off until Jan. 14 when it hosts New Hampshire in a dual meet at the Tootell Aquatic Center.