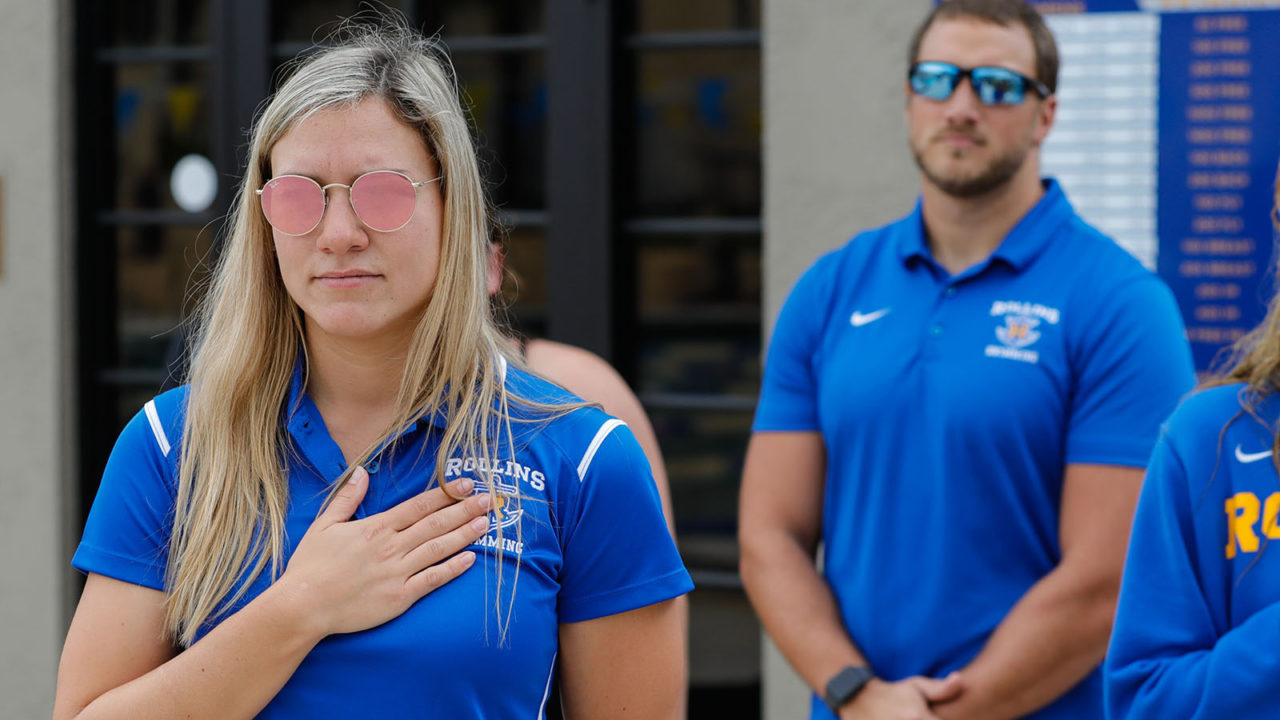 Kyle Berg stepped down from his position as head coach of the Rollins College men’s and women’s program. He will be replaced by Julianne Lehner. Archive photo via Mike Watters-Rollins College Sports

Kyle Berg stepped down from his position as head coach of the Rollins College men’s and women’s swimming and diving program on Monday, after serving in the role for three years. He will be replaced by Julianne Lehner who had been assistant coach for the Tars during the 2018-19 season. Lehner’s title will be interim head coach throughout 2019-20. Rollins Athletics confirmed the change in an email to SwimSwam:

“Coach Berg is leaving Rollins to support a new career opportunity for his wife and be closer to family. We are both thankful for how Kyle has built the program over the last three years and excited for Julianne to make her mark this year. She was instrumental to our historic success last season while working closely with this year’s big incoming class.
“Julianne will remain the Interim Head Coach for the entire 2019-20 season. At its conclusion, we will address the coaching situation.”

Rollins Director of Athletics Pennie Parker stated in a press release, “Coach Berg has elevated Rollins swimming to new heights during his tenure and leaves the program in great position for continued success. I would like to personally thank Kyle for his service to Rollins, and for the tireless work and dedication that he has put into building a respected program. We wish him and his family nothing but the best as they move on to this next chapter.”

Lehner graduated from Northwestern University in 2016. She swam for Berg when he was Assistant Women’s Swim Coach for the Wildcats. She was a team captain and a two-time Academic All-B1G honoree, and she competed at U.S. Olympic Team Trials in 2012 and 2016. After graduating from Northwestern, Lehner coached at the Rivermist Swim Team in Atlanta for two seasons, working with over 150 youth swimmers. She graduated from the 48th NCAA Women Coaches Academy in June. Forty-seven female coaches of all experience levels and sports from NCAA Division I, II and III were selected to participate in the program.

During Berg’s tenure, the Tars set 30 school records and had its best finishes at Sunshine State Conference Championships. This past season, under the leadership team of Berg and Lehner, Rollins qualified two women (Sydney Willis and Beatriz Olivieri) and two men (Alex Norcini and Christian Huber) for the 2019 NCAA Division II Championships. The women’s team finished in 38th place with 9 points from freshman Olivieri, who won the B final of the 200 fly.

“I want to thank the student-athletes, President Cornwell, Nate Weyant, and Pennie Parker for allowing me the opportunity to contribute to the growth and success of the Rollins Swimming program,” said Berg. “Julianne has established herself as a phenomenal coach, leader, and advocate for the student-athletes; I cannot wait to see the success that she will have with this program.”

“Kyle has put a tremendous amount of work into our swim program over the past three years, and I am incredibly thankful for his leadership,” added Lehner “With the legacy he has built, the stage is set for our athletes to achieve their full potential both in and out of the pool. It is an honor and privilege to be stepping into his position for the start of this season. I have thoroughly enjoyed working with all of our student athletes, and am now thrilled to use my experience to lead this team in a new direction as we continue down the road to success.”

Congrats to Julianne! She will be great there. She has a wonderful passion for the sport! Best of luck!