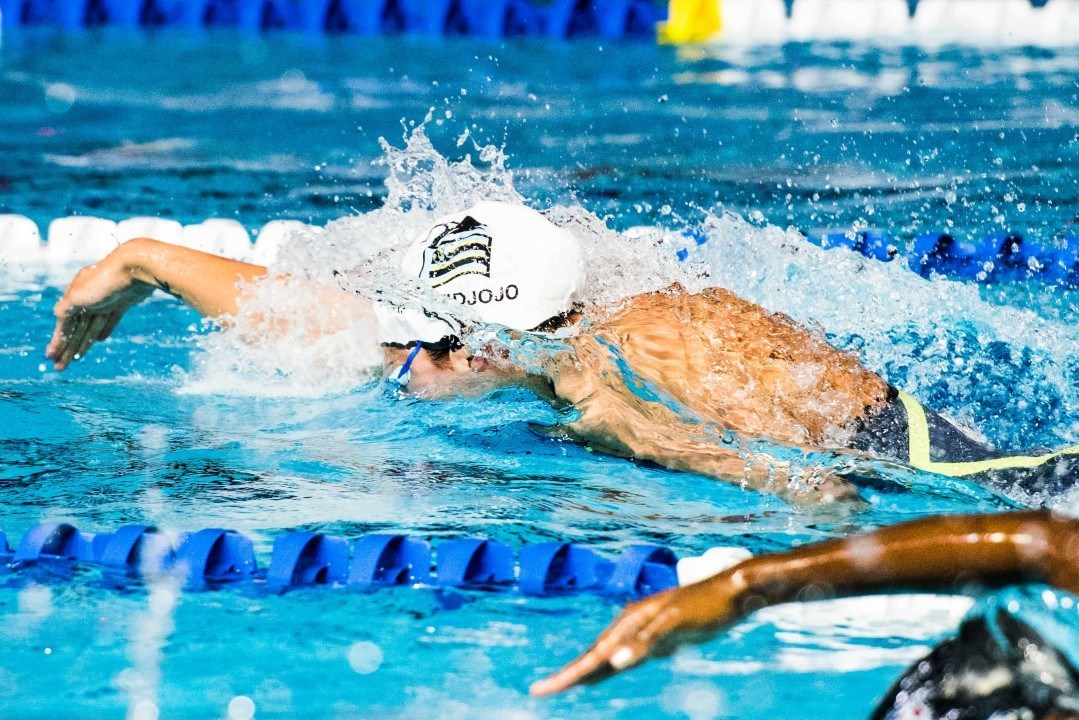 Ranomi Kromowidjojo ﻿has tied her own world record in the short course 50 meter freestyle while leading a 1-2 sweep for the European All-Stars at Duel in the Pool. Current photo via Mike Lewis/Ola Vista Photography

Ranomi Kromowidjojo has tied her own world record in the short course 50 meter freestyle while leading a 1-2 sweep for the European All-Stars at Duel in the Pool.

The Dutch sprinter went 23.24 to win the Duel event, tying her own world record as well as European record from the summer of 2013.

That breakthrough swim comes after some adversity on Day 1 of the 2015 Duel in the Pool. Kromowidjojo fell to a pair of Americans in the 100 free on opening night, going just 52.28 to the 51.69 put up by Simone Manuel. Manuel’s training partner Lia Neal was 52.08 for second.

That event was part of a big run by the Americans that saw them leading the meet points handily after the first day. But Kromowidjo struck back in the clutch on day 2, beating Manuel and Neal by wide margins.

In fact, it was Denmark’s Jeanette Ottesen who was second, going 23.49 as the European All-Stars nabbed first and second-place points.

Coming back from a disappointing 100 is a good sign for Kromowidjojo, who is the defending Olympic champion in both the 50 and 100 freestyles in the long course pool. With the Dutch also quite strong in their sprint free depth, Kromowidjojo could be looking for a big record haul next summer in Rio.