Kregor Zirk Cleans Up On Last Night Of Estonian Nationals 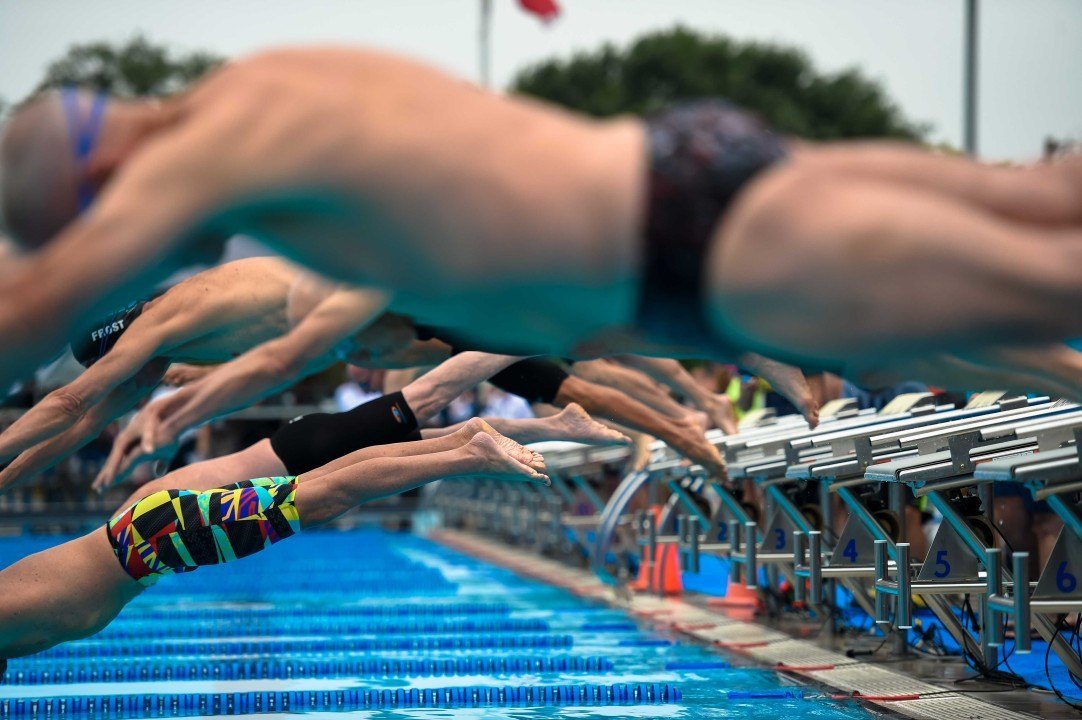 The last day of Estonian Nationals gave way to an age-group record in the women's 50m fly, and a total domination by multi-event Estonian swim star, Kregor Zirk, on the men's side. Stock photo via Mike Lewis/Ola Vista Photography

The last day of Estonian Nationals gave way to an age-group record in the women’s 50m fly, and a total domination by multi-event Estonian swim star, Kregor Zirk, on the men’s side.

Margaret Markvardt won the first event of the night and in doing so broke the national age-group record in the event as well. Markvardt put down a 28.26 in the 50m fly final to break the 28.33 record she set earlier this year. The TOP Swimclub swimmer is just 15-years-old and has the 16-year-old age group record. Tess Grossman was second in 28.45 followed by Maria Romanjuk in 28.51.

In the men’s 50m fly final Kregor Zirk grabbed another Estonian title with a 24.68 victory over Daniel Zaitsev. Zirk was just shy of the national record held by Ralf Tribuntsov at 24.25, and even closer to the 18-year-old age group record of 24.39. That record is currently held by Zaitsev who was a 24.89 for the silver.

Swimming’s blue ribbon event, the 100m freestyle, went to 50m fly silver medallist Tess Grossman. Grossman won the race in 58.09, being one of just two swimmers to dip under the one-minute barrier. Kertu Ly Alnek was second behind Grossman with a time of 59.50. Rounding out the top three was Anita Stepanenko in 1:00.10.

Kregor Zirk took home his second gold in as many events on the final day of competition, rocking a 52.06 in the 100m freestyle. For the second time that night, he was just shy of a national record, missing the 16-year-0ld age group mark by just 0.35 seconds. Marko-Matteus Langel was his closest competitor, although he finished well behind Zirk in 53.63. Janter Suun was third in 54.14.

Maria Romanjuk was third in the 50m fly, however she transferred her speed into the last event of the night to claim gold in the 400m IM. There, she was a 5:10.59 with 50m fly winner Margaret Markvardt second almost three seconds behind her. Markvardt was a 5:13.50 at the touch. She was ahead after the fly, but Romanjuk distanced herself after the backstroke leg and never let up any room.

In the last event of the Estonian national championships, Frank Johan Ojarand took down Kregor Zirk, destroying his chances of going a perfect three for three on the night. Ojarand was first in the men’s 400m IM with a 4:39.23; Zirk was second in 4:41.30. Zirk was faster on the fly, back, and freestyle, however lost huge ground on the breaststroke leg. Ojarand made up over six seconds on the breaststroke split.