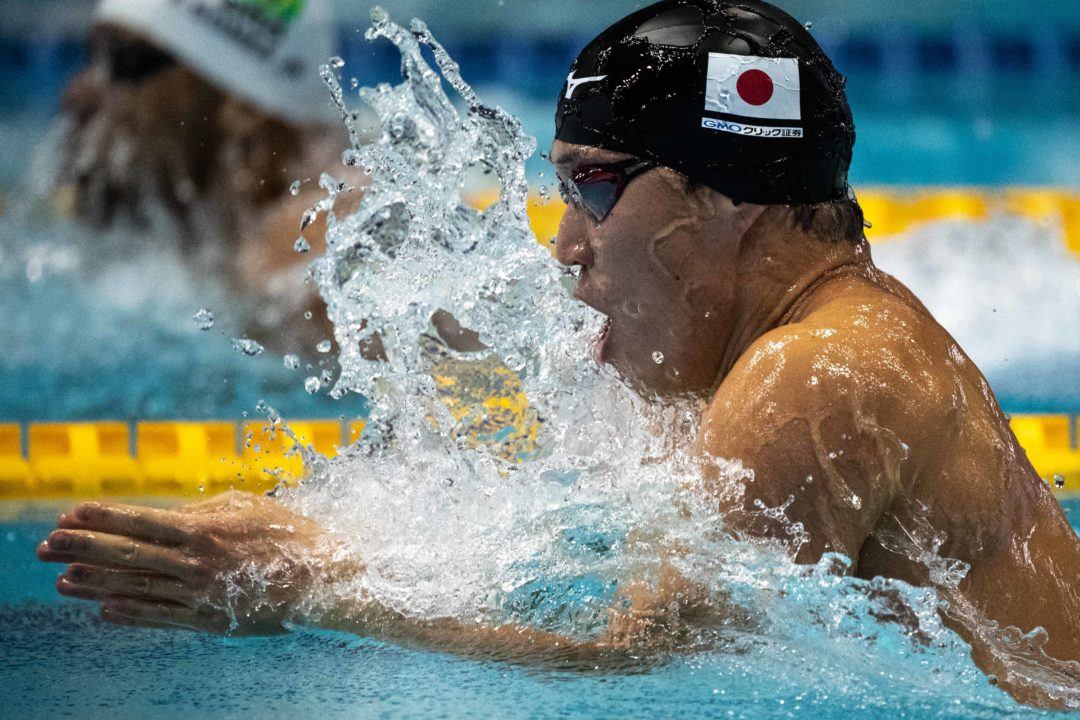 Even without Olympic champion Kosuke Hagino, IM maestro Yui Ohashi and red-hot sprinter Rikako Ikee in the water this weekend at the Japanese Selection Meet for this December’s Short Course World Championships, there was still plenty of talent making waves on day 1 of the domestic competition.

26-year-old Yasuhiro Koseki did major damage in the men’s 100m breaststroke event, setting a new National Record in the event en route to gold. Koseki, who won the LCM version of this event at this year’s Pan Pacific Championships, stopped the clock tonight in 56.29 to lower his own mark of 56.34.

Splitting 26.39/29.90, Koseki registered the only sub-57 mark of the field and stamped his name onto the roster for this year’s SC World Championships in the event. He also now branded himself as ‘the hunted’, taking over the world rankings crown from Brazil’s Felipe Lima.

Another record was set in the men’s 50m fly event, as Takeshi Kawamoto tied the national standard with his podium-topping effort. Registering a winning time of 22.49 tonight, Kawamoto matched the NR set by Masayuki Kishida back in 2009 at a domestic meet.

Olympic medalist Daiya Seto dove in twice tonight, taking golds in each of his signature events. In the 400m IM, Seto registered the win in a mark of 4:01.62. That represented Seto’s 3rd consecutive national short course title in the event.

Seto has been as fast as 3:57.25 in this event this season, a time that checked in as a new FINA World Cup Series Record, as well as the top time in the world so far.

The men’s 200 fly was Seto’s other victim this evening, as the 24-year-old collected a winning effort of 1:49.87. That outing falls within a second of his own national record of 1:48.92 from the 2014 World Championships and improves upon the 1:51.01 he threw down at the World Cup in Budapest.

24-year-old Tomomi Aoki made her presence known in the women’s 200m freestyle tonight. The relay bronze medalist from Pan Pacs punched a time of 1:54.77 to log the only time of the field under 1:55 and set herself among the world’s best at #7 in the rankings this season.