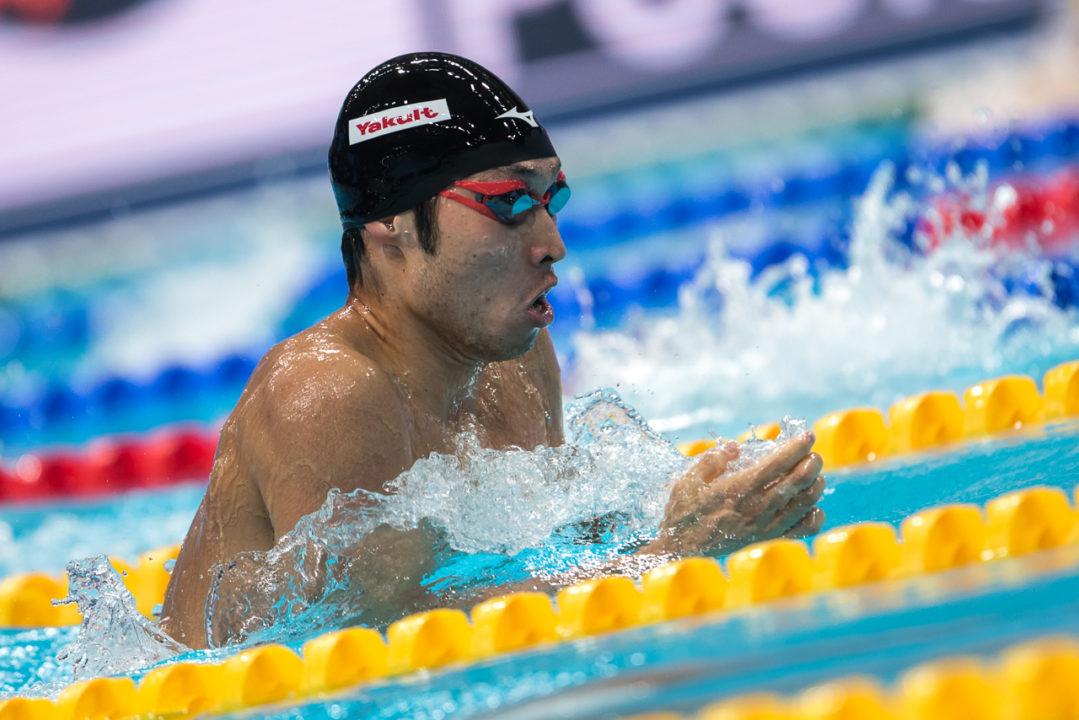 The Japanese competition train ceases to stop, as the nation's top athletes are gearing up for their World Championships Selection Meet slated for October 27th and 28th. Archive photo via Peter Sukenik/www.petersukenik.com

The Japanese competition train ceases to stop, as the nation’s top athletes are gearing up for their World Championships Selection Meet slated for October 27th and 28th. This meet comes after the upper echelons of talent have already competed at both the Pan Pacific Championships, as well as the Asian Games and will serve as the qualification meet for the FINA SC Championships in Hangzhou, China in December.

Pan Pacs champions Yasuhiro Koseki and Daiya Seto are also expected to race, but reigning 200m breaststroke world record holder Ippei Watanabe and Olympic champion Kosuke Hagino are not. As such, it is unlikely we’ll see them compete in Hangzhou, although there is always the possibility they could be discretionarily selected.

The same holds true for the women, as newly-named Japan Swimming MVP Rikako Ikee is absent from the start lists, as are Natsumi Sakai and Yui Ohashi. In their stead, fans will be looking for big swims from Tamomi Aoki, Satomi Suzuki, Kanako Watanabe and Suzuka Hasegawa.

Per the Japanese qualification procedures, the times listed below in the far-right column of each event represent the minim selection standard needed to be considered for the Japanese Short Course World Championships squad.