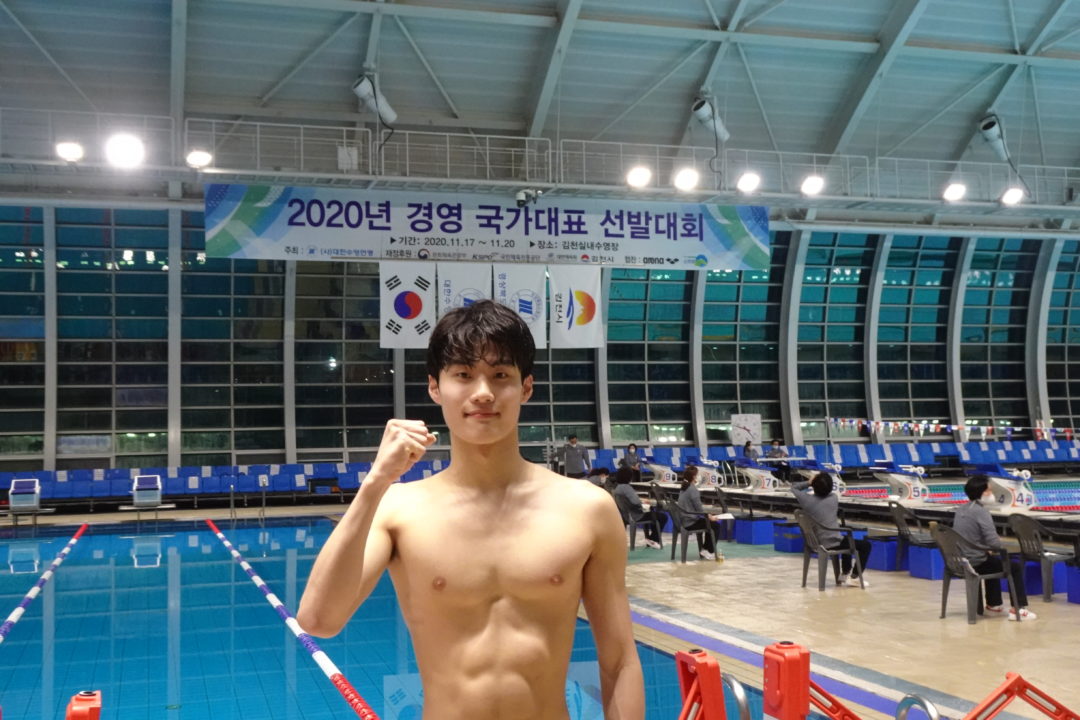 Hwang entered these Olympic Games as one of the medal contenders in the men’s 200m freestyle, owning a lifetime best of 1:44.96. That time in itself registered a new WJR, with Hwang accomplishing the feat at Korean Trials this past May.

However, today, the teen found a way to shave .37 off of that previous standard to check-in with a lifetime best and now sits #11 on the all-time 200m freestyle performers list with 2 rounds to go.

Splits for Hwang’s past swim included 50.74/54.22, so when Hwang opened his prelim swim here in Tokyo in 50.12 we knew something special was in store.

The 18-year-old closed his race today in a back-half effort of 54.50 to not only claim the top seed out of a massively stacked heat but also his 1:44.62 represented the only sub-1:45 mark of the field.

Additionally, Hwang’s 1:44.62 time overtakes a massive national record for Korea. Olympic champion in the 400m free in 2008, Park Tae Hwan, held the Korean 200m free national record with the 1:44.80 he produced at the 2010 Asian Games. However, teen Hwang made it happen today, slicing .18 off of that previous record to make his mark already here in Tokyo.

Hwang wasn’t the only teen in the mix, as 16-year-old David Popovici looked solid with a near-lifetime best of 1:45.32 to claim the 4th seed. Of note, World Championships silver medalist Katsuo Matsumoto fell to 17th and is out of the semi-final, pending scratches.

prediction: 1:45 flat to make finals everyone swims slower in finals