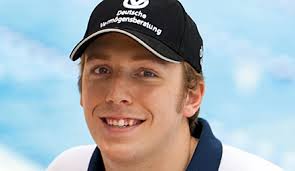 The final night of the German National Championships in Berlin saw two German stars put up times that rank both number two in the world...

The final night of the German National Championships in Berlin saw two German stars put up times that rank both number two in the world.

The man who brought home the only medal from the World Championships in Barcelona, Marco Koch, was the second swimmer of the evening to put up a time that ranks second in the world. Koch, who finished second in the 200 breaststroke in Barcelona, won the same event in Berlin posting a time of 2:08.51.

The only man having swum faster this year is Michael Jamieson of Great Britain, who he will have to beat to earn the European Championship crown. For Koch this is a season’s best and just outside of this lifetime best of 2:08.33 which he recorded in 2009.

In the men’s 100 butterfly Steffen Deibler took the event in a time of 51.86. Deibler’s time puts him second in the world rankings, just behind Takuro Fujii of Japan who has posted 51.84.

Deibler’s previous best this season was a 52.13, which he put up in March. In August he will once again hit the water in Berlin chasing the European Championship in the event. Deibler finished third in December in the European Short Course Championships being beaten by Yevgeny Hovorov of the Ukraine and Jeremy Stravius of France.

Deibler also finished second in the men’s 50 freestyle posting a time of 22.42 while Bjorn Hornikel came away with the win in a time of 22.36.

World record holder Paul Biedermann continued how well he has recovered from the illness that kept him out of the pool for the 2013 season. Biedermann won the men’s 200 freestyle in a time of 1:46.25, a time that puts him in the sixth place spot in the world rankings.

19 year old Alexandra Wenk took the women’s 100 butterfly in a time of 58.49 breaking the German age group record. The swim is a lifetime for Wenk, beating her previous best of 58.59 that she posted in 2010. She was followed by Franziska Hentke who finished in a time of 59.43 and Theresa Michalak who touched in a time of 59.76.

The German also announced the team they will be sending to the European Championships which will be held on home soil:

After his 48.31 in the 100 free yesterday, I expected a faster time from Biedermann in the 200 free. Something around 1.45 low. Perhaps a little tired. Still a good week for him.

Overall, they have a good team on the men’s side. They must find a backstroker to have a great medley relay. The girls must really work and improve, especially on freestyle. The 100 free winner in 55.05 and the 200 free winner in 1.59.16, it’s very slow.

Who can win gold medals for Germany in individual at the European championships?
Deibler in the 100 fly? Koch in the 200 breast? Biedermann in the 400 free?

I would bet on Deibler and Bieldermann..

Gyurta has not lost a single race in how many years already? Since Worlds 2009?

I had forgot Gyurta! 🙄
Gyurta at his best is almost invincible.

I had forgotten Gyurta!
In a big world meet in long course, he hasn’t lost a 200 breast final since the 2008 olympic games.

Nice recap, Gigi.
However I wouldn’t say Marco could win the 200m breaststroke. He’s always good at the beginning of the seasons(just search for last year), and also there are some heavy bullets like Jamieson and Gyurta.. I would say if Jamieson could save his shape until champs..well I think that would be at least the final of the day.

Yeah Biedermann himself said that he was very tired and u have to take into consideration that he didnt swim at a big competition for about a year and still has to make up for all the training time he lost. He also said that he focused more on the 100, because he used to start very slow in his 200 races and now he wants to try to start faster. His 100 time was better than his 200 and 400 time, because he lacks a lot of training kilometres due to his injury, but im sure he will get better at 200/400 and probably swim 3:46 low and 1:45 low at the european championships. Not enough to beat Agnel… Read more »