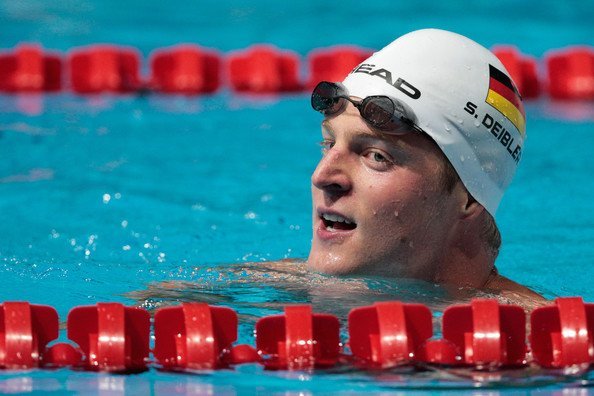 Steffen Deibler pulled out of German Nationals with an infection, but has already earned a pre-nomination for the German World Championships Team.

One day before the start of the 2015 German national championships in Berlin from April 9th to 12th, a press conference was held with National Head Coach Henning Lambertz and Germany’s breaststroke star Marco Koch. Another german top swimmer, Steffen Deibler, cancelled the meet because of an infection. These two swimmers and Paul Biedermann are the members of Germany’s so-called “Elite squad”. Henning Lambertz said about these three swimmers that they have received the bonus of a pre-nomination for the World Championships “because of their constant and outstanding achievements over the years.”

“This decisision has been made by a team of German officials, including me,” Lemberz said. Biedermann is set to swim the 200 free in Kazan, Koch the 200 breaststroke and Deibler is going to swim the 100 fly. Asked about his schedule for Kazan, Koch emphasized that he will focus on the 200 breaststroke – where he is the current world ranking leader. It is comfortable for him that he can swim the German nationals without pressure and taper.

Henning Lambertz said he “always looks forward to competitions in the fast Berlin pool at ‘Schwimm- und Sprunghalle im Europa-Sportpark (SSE)'” and added that he expects some fast swims and perhaps seeing a youngster from the “Perspective Team” make the Kazan roster. “I have just returned from a 16 day training camp on Fuerteventura (Spain) with the young swimmers,” he said. “They are all fit and on track – this also has been confirmed by the  performance diagnosis.”

Only a few US-based German swimmers have made their way to the German Nationals: Theresa Michalak (Florida Gator) and Fabian Schwingenschlögl (Western Kentucky University) will compete in Berlin, whereas Laura Simon (swimming for the Virginia Cavaliers, an All American) and Björn Hornikel (University of Alabama) won’t participate.

The next 4 days are the first two steps of the nomination process for the World Championships. Two swimmers can be nominated for every event and they must reach the cut time in both heats and finals. Last year at German Short Course Championships, Markus Deibler didn’t swim the required time in the 200 IM in prelims and even though he finished the final with a new German record he wasn’t allowed to swim this distance in Doha at SC Worlds – where he was victorious in the 100 IM. Deibler retired after his biggest success last year.

All swimmers who will make the list of the pre-qualifiers must choose ONE of the following swim meets for the 2nd step:

You can find the Nomination Rules and the required times for women and men per distance and stroke here.