Kliment Kolesnikov Hits 24.08 To Tie Fourth-Fastest 50 Back In History 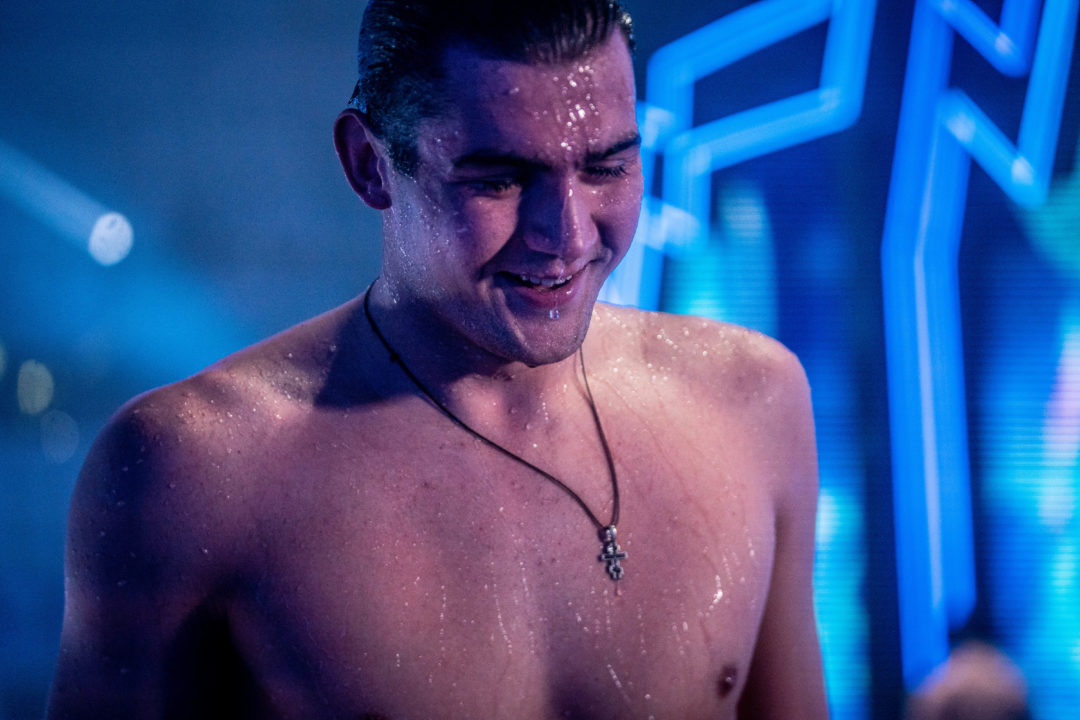 Kolesnikov is now one of two men with multiple swims under 24.1, joining Liam Tancock. Archive photo via Mine Kasapoglu

It was a monster start to a big week of racing for Kliment Kolesnikov at the Russian Olympic Trials in Kazan, as he threw down one of the fastest swims of all-time in the men’s 50 backstroke.

The 20-year-old won the event on the opening day of the meet in a time of 24.08, tying for the fourth-fastest performance in history. It is also the third-fastest textile swim ever.

Liam Tancock set the world record twice at the 2009 World Championships during the super-suit era, getting the mark down to 24.04 in the final, and then nine years later it was Kolesnikov taking that record down in 24.00 at the European Championships in Glasgow.

The only other swimmer to go under 24.1 is Frenchman Camille Lacourt, who did so in 2010.

In the semi-finals of the event here in Kazan, which took place earlier in the same session, Kolesnikov registered a time of 24.25, tying one of his 2018 swims for 10th-fastest all-time.

If this showing is any indication, Kolesnikov is poised for a big week of racing as he aims to qualify for his first Olympic team. First up for him will be his best Olympic event, the 100 backstroke, which will have prelims and semis on Day 2 and the final on Day 3.

OnLY 24.08 and only tied for 4th all-time ha kilmemt’s washed up couldn’t even go his best time from when he was 18. Dude must be a flop just like that Caeleb Dressel guy.

So back on top shape, lets see how does his 100m back go

52 low seems likely but 51 high would not surprise me. Massive talent.

Are non-freestyle 50’s going to be Olympic events soon?

Swimming has enough events at the Olympics as it is. More people are gonna start complaining if we add 50s of each stroke too. 50 free is enough

I can understand that point of view. I’m surprised national Olympic qualification meets bother having stroke 50’s, but I saw they had stroke 50’s at 2019 World Championships, so maybe it will happen in Olympics?

Worlds are different from Olympics though. I’m all for having 50s at worlds

It’s their national championships that also happens to be the Olympic trials meet.

So close to sub 24 dammit