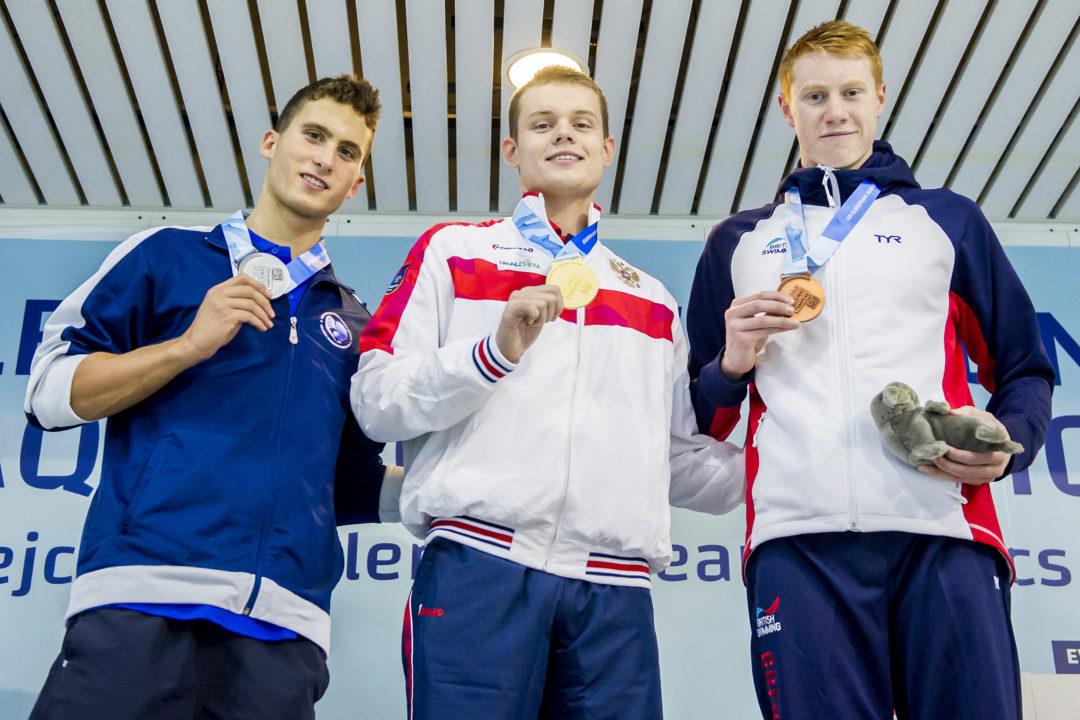 Maxim Stupin (center) was one of four Russian men to qualify for their first Olympic team on the opening day of the country's Olympic Trials in Kazan. Archive photo via Andrea Masini/Deepbluemedia/Insidefoto

Four male swimmers put their name on Russia’s 2021 Olympic team on the opening day of their national trials in Kazan, with all four being first-time Olympians.

The first qualifying event of the meet was the men’s 400 IM, where 18-year-old Ilya Borodin reset both his National and World Junior Records in a time of 4:11.17 to earn a spot on the team.

Borodin, the 2019 World Junior Championship silver medalist in the event, now ranks second in the world this season.

The next Olympic qualifying event came in the men’s 400 free, where Martin Malyutin produced a massive negative-split to run down Alexander Egorov and win the event in 3:45.92, with Egorov the runner-up in 3:46.17. Both set new best times to get well under the ‘A’ cut of 3:46.78.

The only other event where Olympic qualification was on the line tonight was in the women’s 400 IM. And while 16-year-old Anastasia Sorokina was well off the ‘A’ standard of 4:38.53, her time of 4:43.44 did break a longstanding national youth record from 1984.