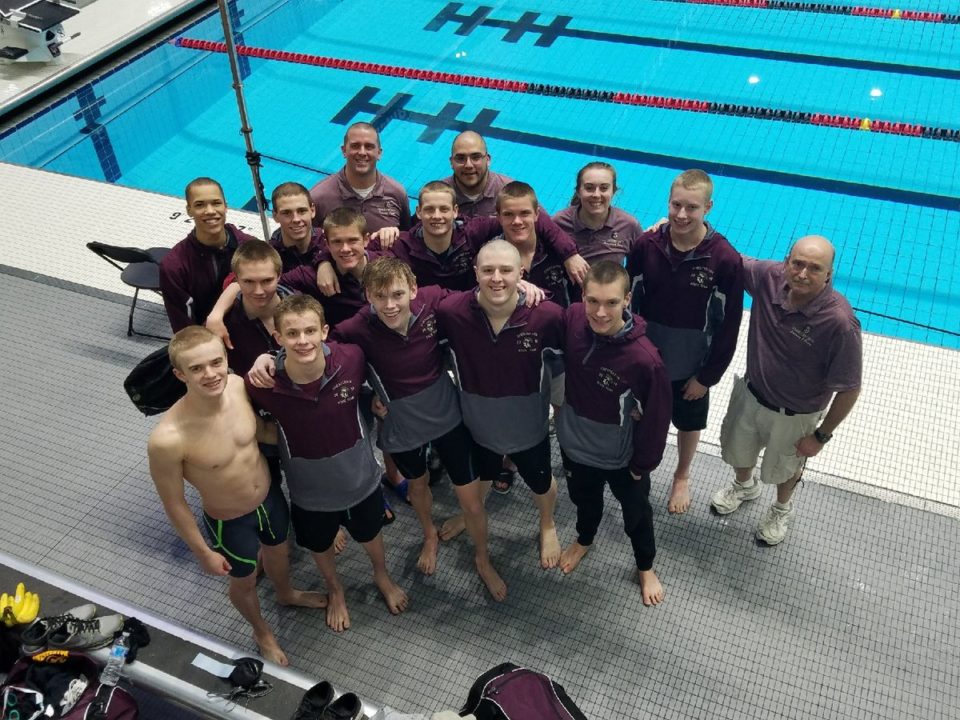 Chesterton High School boys’ and girls’ head swimming coach Kevin Kinel has announced his retirement after 40 years with the program.

“It’s been awesome for me,” Kinel told the Chesterton Tribune. “I’ve met so many great people and there have been so many opportunities that have come my way. There just isn’t a lot more I can do.”

Kinel first started assisting at Chesterton in 1976 while coaching with the Duneland Swim Club. In 1980, Kinel stepped up as the head boys’ and girls’ coach for Chesterton. Since then, Kinel has produced the most dominant program in Northwest Indiana.

Among notable alumni Kinel coached was six-time IHSAA state champion and former Auburn swimmer Jenni Anderson. Kinel told the Chesterton Tribune, “Jenni Anderson (now Kellstrom) being the first multiple state champion, made me believe that we could make this place special.” Kellstrom revealed about Kinel that, “The one thing I remember is how much he cared about the swimmers and the team. It didn’t stop at the pool. He cared about us academically and he was invested in us.”

Kyle Whitaker was another notable alum of Kinel that helped lead Chesterton to the 2008 and 2009 team state titles before going to Michigan. Along with his 8 individual titles, 4 relay titles, 4 state high school records, and 1 national record in the 200 IM (now broken), Whitaker also became a 2008 Olympic Trials finalist (200 IM) and 9-time NCAA All-American. “Coach was always able to give me another goal or direction to go in,” Whitaker opened up about his time with Kinel. “Day to day, season to season or year to year. It was little things and big things that he constantly gave me. He constantly made me want to get better.”

The most recent kickstarted to the Chesterton program was Olympic gold medalist Blake Pieroni, who aided the team to the 2013 and 2014 team state titles. After his time with Kinel, Pieroni went on to win gold for the 400 free relay at Rio, gold in the 200 free at the 2018 SC World Championships, and become the first man to break 1:30 in the 200 yard free. “It’s hard to put into words,” Pieroni said. “He kickstarted everything for me. He made me good enough to swim in college and beyond. He taught me everything I know.”

Kinel, a 2007 inductee to the Indiana Swimming and Diving Hall of Fame, revealed to the Chesterton Tribune, “I feel like I owe it to (my wife) Barb and my family. I’ve gone 24/7 365 for 40+ years. I have grandkids in California and I don’t want to miss out on them growing up. I’ve put my life on hold, and I don’t want to do that anymore. I want to be freed up to do those things.”

While his time at Chesterton has come to an end, Kinel’s legacy will be forever remembered. “It’ll be nice to sit back and enjoy what’s happened over the last 40 years of teaching and coaching. And making new memories.”

From Day 1 it's been our goal! So glad to say we accomplished Team State Runner Ups! Fantastic swimming!! History was made! ❤️💛 #TROJANS pic.twitter.com/WFf7kYKEM1

A tremendous coach who knows how to develop athletes. I will miss you on deck Kevin. Your willingness to share with me how you teach athletes a foundation of understanding of the movements of the sport I very much appreciate and has been a helpful, positive influence on my coaching.

Kevin you are one of the truly great US coaches as well as a great person! Enjoy your retirement!

What a great and innovative coach! Good luck in your next phase of life Kevin!

It was a pleasure to have him on the podcast and talk awhile back: https://rittersp.com/podcast/try-train-like-race-kevin-kinel

Congrats my friend. Well deserved, but sad day knowing you won’t be on deck, you will be truly missed by not only me but all of Indiana Swimming community and beyond. I will so miss our talks at meets, camps, etc. Enjoy your much needed family time.