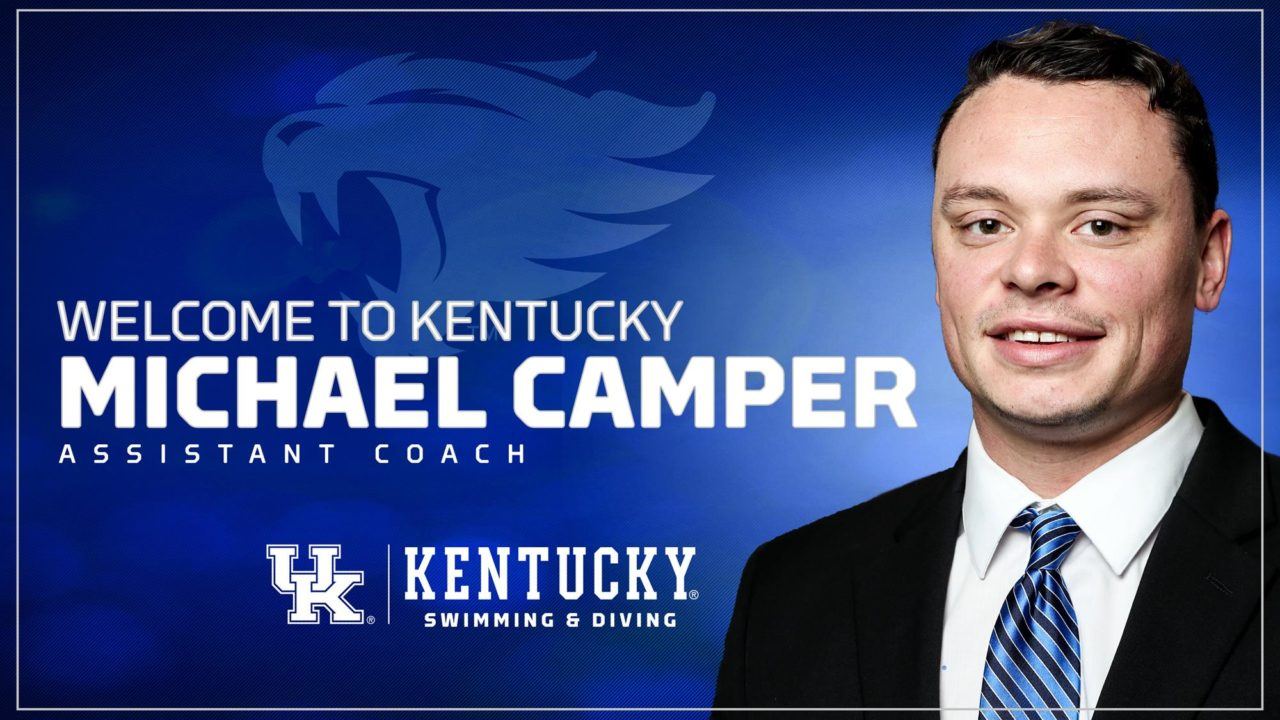 “We are very excited to have Michael join our staff,” Jorgensen said. “He is widely considered one of the best young coaches in America. He is eager to learn and to help our program continue to improve and reach the next level. Michael will be a great asset for our team.”

“I want to thank Lars Jorgensen for this great opportunity to work with him and his staff at UK,” Camper said. “I am extremely excited to join Big Blue Nation and help this program continue to climb the SEC and NCAA ranks.”

Camper joins UK’s staff after spending the 2017-18 season as assistant coach and director of international recruiting at the University of Pittsburgh. While at Pitt, Camper helped direct the Panthers to 20 new school records and four NCAA Championship qualifiers.

Prior to his stint at Pitt, Camper got his collegiate coaching start in 2016-17 with the University at Buffalo as an assistant coach. Working primarily with the middle distance and sprint groups, he helped the Bulls place third in the Mid-American Conference in both the men’s and women’s meets, marking the women’s team’s highest MAC finish in program history.

As a student-athlete at NC State, Camper was a three-year captain and helped steadily transform NC State swimming and diving into one of the nation’s premier programs.

“Michael Camper represented the very best of what NC State stands for each day,” Wolfpack head coach Braden Holloway said. “Now as a coach, it has been great seeing him grow and develop his own philosophy and execute it. His generosity is contagious, his work ethic unmatched and his passion for the sport runs deep.”

NC State finished fifth at the Atlantic Coast Conference Championships during Camper’s freshman (2012) and sophomore (2013) seasons then vaulted to second place in the conference in 2014 before the Wolfpack men won the ACC title in 2015, Camper’s senior year. Camper was an All-ACC and All-America performer in his time with the Wolfpack.

Camper debuted in coaching with several club programs after graduating from NC State in 2015. He served as head site coach at Massad YMCA and an assistant coach for Rappahannock Area YMCA Stingrays in his hometown of Fredericksburg, Va. He also served as head coach for the Olive Chapel Otters and Weatherstone Sharks swimming programs.

Good luck! Good things are in his future.

Congratulations Mike. I am sure you will do a great job.

Maybe some attention will now be given to the men’s program. Realistically it won’t happen though.

Excited to see what he can do with Perkins and Kline!

Great opportunity for Camper and terrific hire by Lars. Kentucky has been one of the up and coming programs under Lars and the Wildcats will benefit from the energy Camper brings to the pool deck. Strength is being added to strength. Congratulations to both.