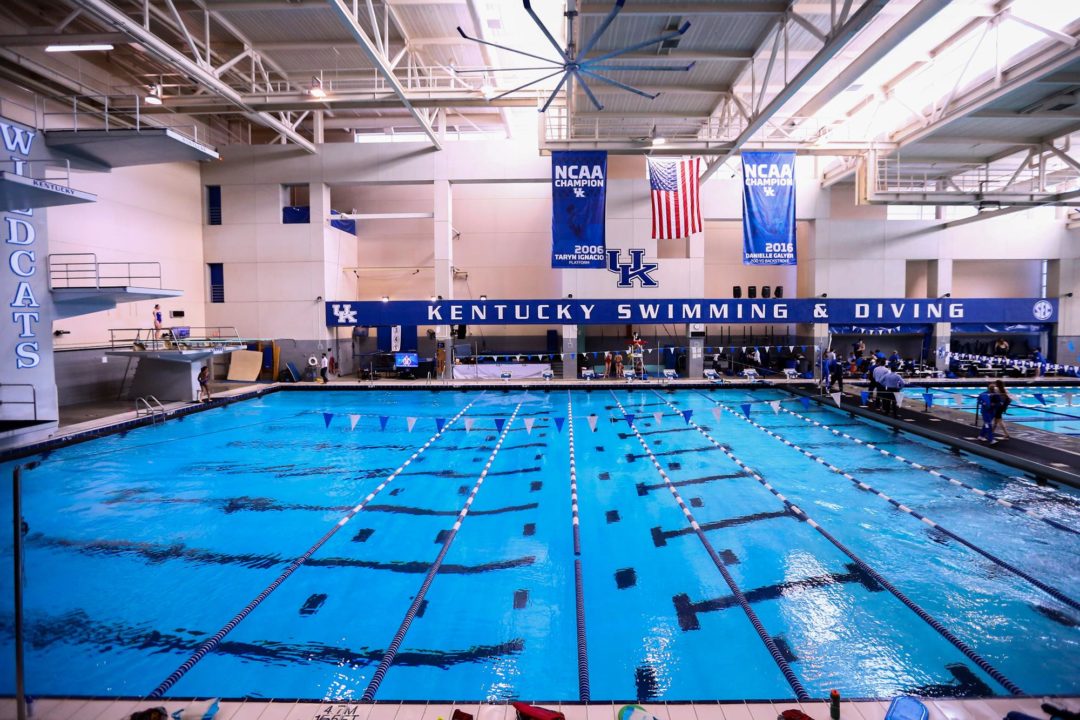 The Kentucky women hosted Marshall and the men competed in exhibition events on January 14 after Kentucky's tri-meet with Ohio State and Texas was canceled. Stock photo via Kentucky Athletics

The University of Kentucky women hosted Marshall University on Wednesday, January 12th in place of attending the tri-meet against The Ohio State University and the University of Texas. The tri-meet was originally scheduled for this weekend at Ohio State. It was canceled as “the decision was made based on student-athlete welfare in a time of escalating COVID-19 cases nationally.” The Kentucky men competed in some exhibition events as Marshall does not have a men’s team. Marshall also recently had a dual meet canceled as their January 8th meet at home against James Madison University was canceled.

The Wildcat women cruised to a 159-92 victory over Marshall University at home. Kentucky exhibitioned all races after the 200 breaststroke. This was Kentucky’s first meet since the end of November when they competed at the Ohio State Invitational for midseason.

Other event victories include:

I heard that Kentucky had paused their swimming program a couple weeks ago and then started up again so I understand why Kentucky would cancel their trip to Ohio State causing that meet to be cancelled. But then why would they host Marshall on the 12th; two days before they were originally supposed to go to Ohio State. Please explain that to me.