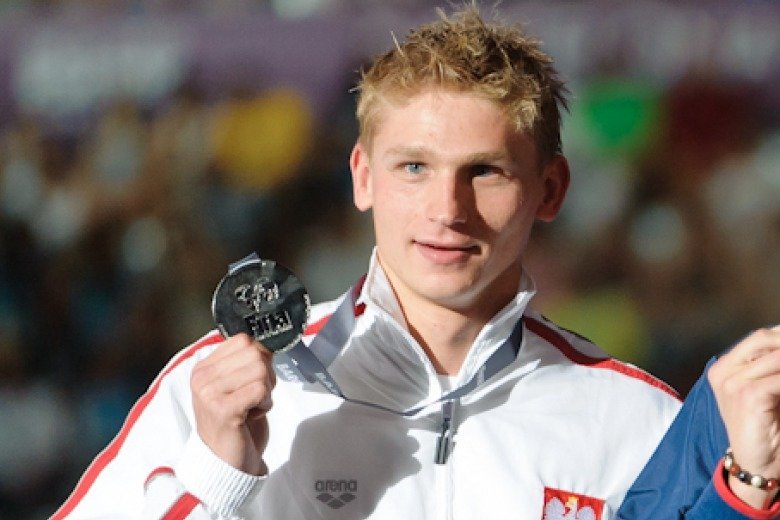 Former European Champion Radoslaw Kawecki continued to roll at Polish Nationals this week, winning the 100 back on day 2 after taking the 200 on day 1. Archive photo via Victor Puig

Pawel Korzeniowski, above, doubled up with Polish titles in the 100 free as well as the 50 fly.

Konrad Czerniak posted the second fastest 100 fly of the year and Tomasz Polewka broke the national record to win the 50 backstroke on day 3 of the 2015 Polish Nationals.

Former European Champion Radoslaw Kawecki continued to roll at Polish Nationals this week, winning the 100 back on day 2 after taking the 200 on day 1.

Kawecki was 54.09 to pick up the 100 back title, barely beating his younger countryman Tomasz Polewka (54.34). This swim won’t rank Kawecki as high worldwide as his #5 time in the 200 back yesterday, but it still ranks within the top 25 in an event that is currently loaded worldwide.

Another national record-holder approached his own mark in the men’s 50 breast. Dawid Szulich cracked 28, going 27.86 to finish just four tenths off his own national record.

The women’s race went to Dominika Sztandera in 32.07, herself only a half-second off the Polish record set back in the super-suited era of 2009.