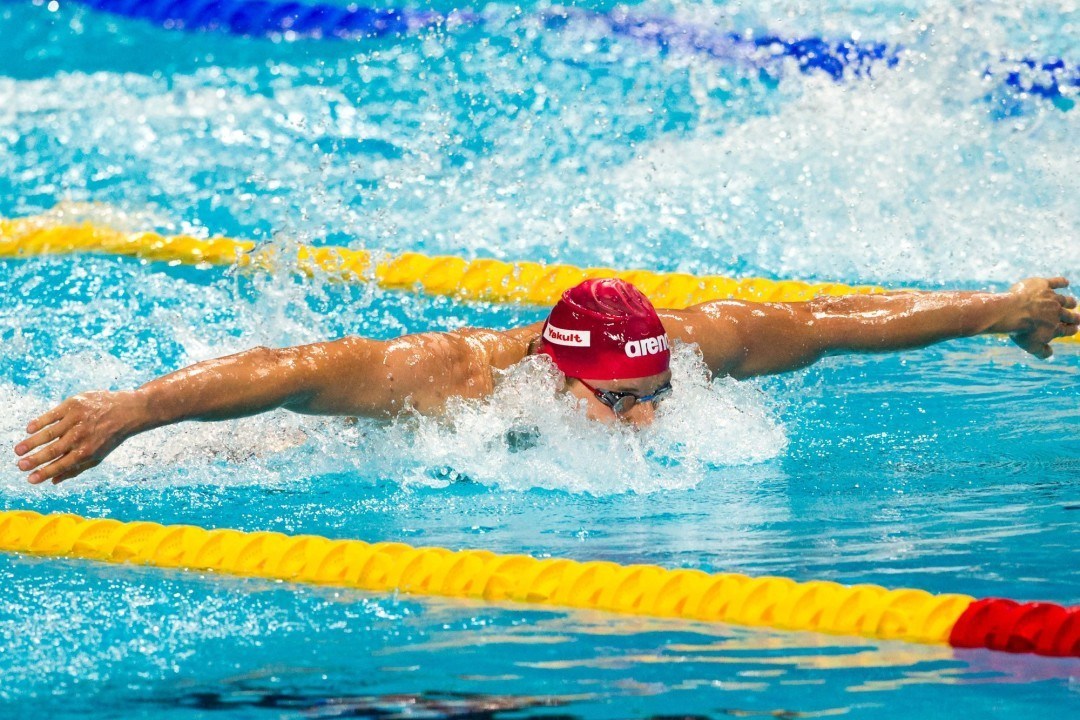 Konrad Czerniak was once again the class of the field in Lublin Archive photo via Tim Binning/TheSwimPictures.com

Pawel Korzeniowski, above, doubled up with Polish titles in the 100 free as well as the 50 fly.

Konrad Czerniak posted the second fastest 100 fly of the year and Tomasz Polewka broke the national record to win the 50 backstroke on day 3 of the 2015 Polish Nationals.

Former European Champion Radoslaw Kawecki continued to roll at Polish Nationals this week, winning the 100 back on day 2 after taking the 200 on day 1.

On the second night of Polish Short Course Nationals in Lublin, several more swimmers added their names to the European Championship team headed to London this spring.

Coming off a breakthrough European Short course meet, Wojciech Wojdak made his way onto the squad in the 1500 freestyle, winning handily in 14:36.57. The 19 year old beat Filip Zaborowski and national record holder Mateusz Sawrymowicz handily, although both also swam under the time standard.

Tomas Polewka nearly pulled off an upset in qualifying in the 50 backstroke, recording a 23.36. That gave him second place to Polish backstroke star Radoslaw Kawecki, who fairs better as the race gets longer. Kawecki won in 23.28

Weronika Paluszek just barely dipped under in the 200 breaststroke, using a well paced race to make it in 2:23.31. That was a personal best for the Virginia Tech star and just .07 from the Polish national record.

Veteran Aleksandra Urbanczyk notched a win and a European standard in the 100 freestyle, to go along with her win in the 100 IM. It was an interesting choice for Urbanczyk as she did not swim her Polish record holding 50 backstroke on the night. Anna Dowgiert would win that race in a time fast enough to qualify her for London.

Konrad Czerniak added his second national title after his sensational 50 freestyle performance yesterday.  While he would come up just short of his own national record in the 100 fly, his time was nevertheless good enough to give him another race in London.

Also winning again was Alicja Tchorz, although like Czerniak she couldn’t get under her own national record. Still, she won the 100 backstroke in 57.43, which is under the London standard. Tchorz went after the record hard, splitting 27.79 at the first 50 but didn’t have quite enough of a back half to make it under 57.14.