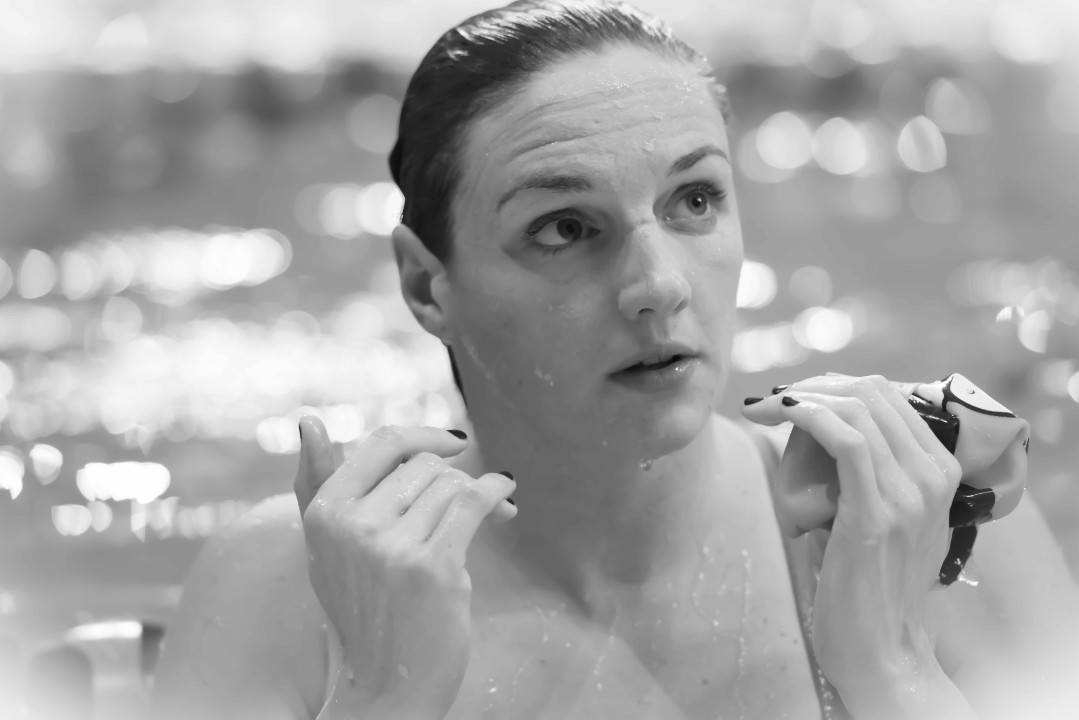 Hosszu recounts her own history with Gyarfas, a history she paints as often adversarial. Hosszu claims that when she met with Gyarfas all the way back in 2008, he “told me to stop swimming and retire.”

“If it were up to him, Hungary would have left 3 Olympic gold medals and a silver home from the Rio Olympics,” Hosszu writes.

But Hosszu mainly criticizes her own training conditions within Hungary, saying they have worsened since 2015. She says she and other Hungarian Olympians and Olympic hopefuls had to train “at 0 degrees, many times in the pouring rain in an outdoor pool.” Hosszu says Gyarfas only remains in his position because she and other swimmers have kept earning medals on the international stage, but she argues those successes are in spite of Gyarfas, not because of him.

Finally, Hosszu calls for his resignation, calling Gyarfas a “damaging factor” within the federation.

This isn’t the first scuffle Hosszu has had with the Hungarian Federation. In January, she publicly “stepped away” from the federation over a disagreement in how the federation was supporting its athletes financially.

This is an era when professional swimmers can be competing past age 30, and we still have so many federations that treat all their athletes like they’re 16 year olds at their first international meet.

The modern Olympic athlete is a professional with career longevity (maybe not the female gymnasts) and should have active representation within the governance of their sport, not just a token ‘athlete committee’ rubber stamping what the old guys in suits, some of who may have no background in the sport, propose.

Let’s just see the facts.
Gyarfas is one of the richest Hungarians, involved in media business, having a lower iq level than Forrest Gump.
The federation led by him is a bunch of incompetent idiots, making continuously such gross mistakes like not preparing the team for the NBC night or the 200 free relay in Rio, etc.
In a country, that is traditionally so powerful in water sports, as of today, other than Hosszu, there isn’t a single swimmer favorite, not even hope for an upcoming one, to deliver gold on a world event. Hosszu is pushing 28.
That’s it.

Jakabos is pretty good, but she must be around the same age as Hosszu as well.

Correct, however she has no (LC) individual gold so far. Kenderesi is a bright kid, yet out of the pool again for the usual reason: injury.

I’m not sure Facebook is the appropriate vehicle for an athlete to use when voicing their displeasure with the President of their athletic federation, but Hungary has some amazing swimming talent, so I hope the training conditions there improve.

Well if you use that logic, you could then say the same about a certain President Elect….but thats just me

There is a professor who studies Trump Twitters . Says it won him the election .

Back to eastern Europe – lots of upheavals & not all going to the ‘West’s way of tninking . Not sure you can impose it like Katinka & Shane may be attempting to do .

Still I look forward to some good quotes . I particularly liked ‘I asked for a room & they gave me a locker ‘ .

I’m in Katinka’s side. Pretty sure she’s angry again at a Hungarian bureaucrat over an eight year old comment and someone forgetting to turn the pool temperature up. Did she ever get last year’s weight room thing worked out?
Regardless, Google translation needs to up its game.

“Completely amaze wooded yard before Tamas’s declarations that everything is okay between us.” google translate FTW!!