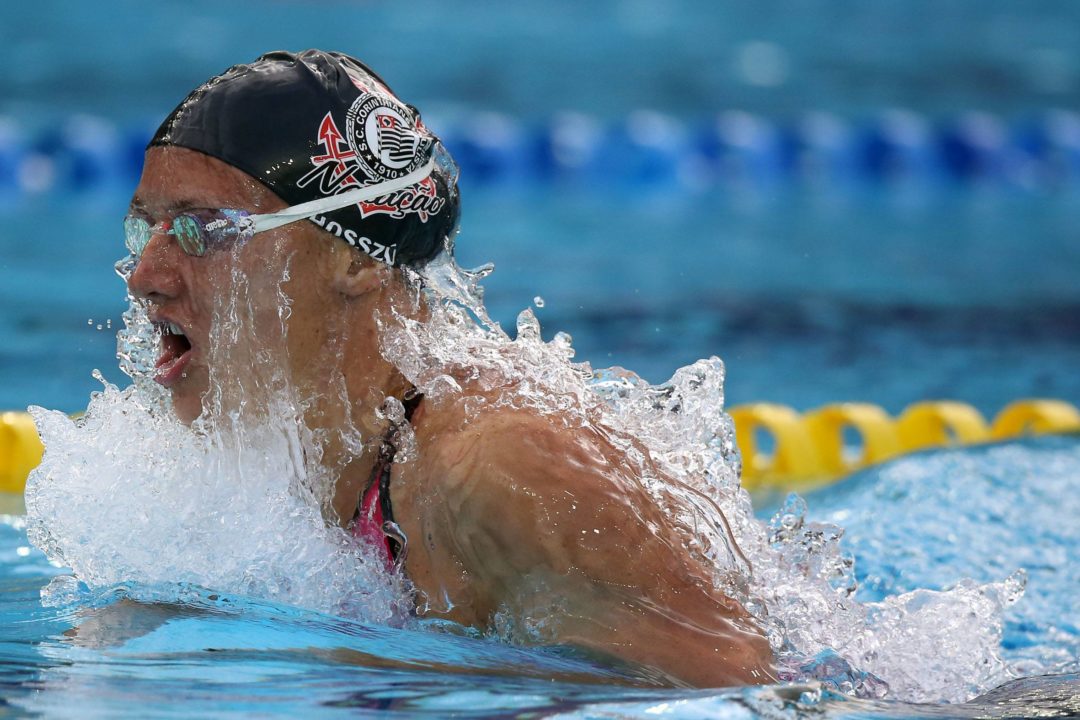 For the third time in her career, Katinka Hosszu has broken the World Record in the women's 200 SCM IM. Current photo via Satiro Sodre/SS Press

Katinka Hosszu has broken the World Record in the women’s 200 short course meter IM on day 1 of the 2014 FINA World Cup stop in Doha, Qatar, earning a $10,000 World Record bonus in addition to all of the usual prizes.

Hosszu’s amazing endurance has gotten even better (probably aided by the decision to scratch the 100 fly final on Wednesday), and as we noted in our full recap, her backstroke continues to improve.

In total, Hosszu now has 7 out of the top 8 short course meters performances in history in this race, and this is the third-straight time she’s broken the World Record. Her margin on the rest of the world is almost a second (Japan’s Ami Nakada was a 2:03.4 in March of this year).

Ho$$zu is making her own definition of professionali$m! Definitely different than the norm! $wim $wim $wim

Does Katinka ever take a break???? She seems to swim some meet all year long!!!