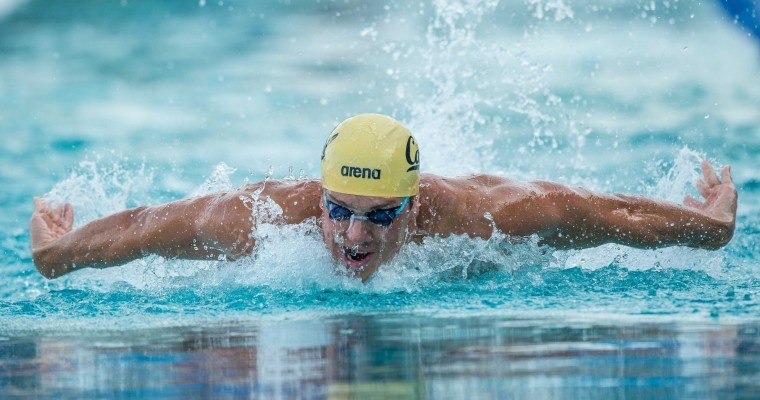 Tom Shields has re-broken his own American Record in the 200 short course meter butterfly on day 1 of the... Archive photo via Mike Lewis/Ola Vista Photography

Tom Shields has re-broken his own American Record in the 200 short course meter butterfly on day 1 of the 2014 FINA World Cup Series stop in Doha, Qatar.

After a casual 1:55.0 in prelims, Shields exploded for a 1:50.08 in finals, which was faster than the 1:50.61 that he did at the 2013 Duel in the Pool in Glasgow. This record-setting swim wasn’t so much of a surprise in the sense of Shields not being capable of improving the record. Rather, with a very short turnaround from Pan Pacs that ended on the other side of the world in Australia on Sunday, and a meet that didn’t go as well for him as U.S. Nationals did, it wasn’t clear that this was going to be the record-setting timing for him.

In addition to the $1,500 prize, Shields will likely get a bonus from his suit sponsor Arena for breaking an American Record, and the 959 FINA point swim will put him in very good position to earn bonus “top performance” points for this meet that overall has been fairly slow. That could translate to a huge cluster prize after the Dubai meet this weekend.

The comparative splits between this record and Shields’ old record:

Though one could rightfully say that Shields crashed on the final 50, he went out so much faster that it didn’t matter. The splits weren’t as pretty as his swim at Duel in the Pool, but they more-than-got the job done.

[Hands up] *Show me the money*