Katinka Hosszu Breaks Own Championship Record in 400 IM At Europeans 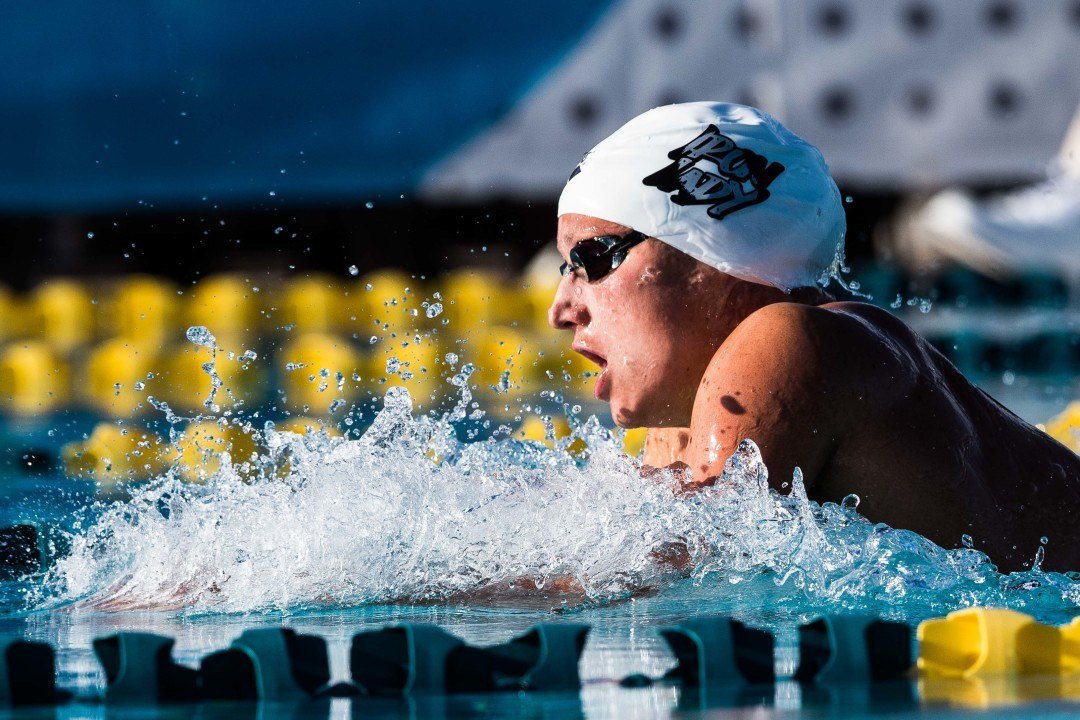 Hungarian superstar Katinka Hosszu made her presence felt early on in the European Championships, taking the top seed in the women’s 400 IM by over six and a half seconds. Hosszu’s clocking of 4:30.97 slipped under her own previous European Championship record of 4:31.03 set two years ago in Berlin where she won gold.

The second seed heading into the final tonight is Aimee Willmott of Great Britain who touched in 4:37.49, and heading in 3rd is her British teammate Hannah Miley in 4:38.91. Willmott was the bronze medalist in 2014, behind Hosszu and Mireia Belmonte Garcia who is not competing in this event.

Hosszu also grabbed the top seed in her other event of the morning, the 200 backstroke. She clocked a fast time of 2:08.44. The Ukraine’s Daryna Zevina is seeded 2nd heading into the semi-finals tonight at 2:09.90.

The question is how much further can she lower her PB by Rio? Ok, another question. And where is she in her tapering? Is there room for a big drop or is this it?

There will be only the 400IM on the first day for her. So the time will better. The 100 fly and 100 free in London is partly because of this. She tried the WR in 2 different ways. I think four solid 100 is the key. Or she can die as in Kazan. But it was on the last day. So who knows 🙂

Katinka about the morning session: 4.30 is really good time in the morning and it’s an important start to forget the memories about this swimming pool. About 200 back prelims: I tried to take the top seed to take part in the second semifinal and get 3 more minutes for recovering. In Berlin I missed the final, I was 8th in the first semi. And it’s also important that Egerszegi is the CR holder back from 1991, so I’d like to be in the final.