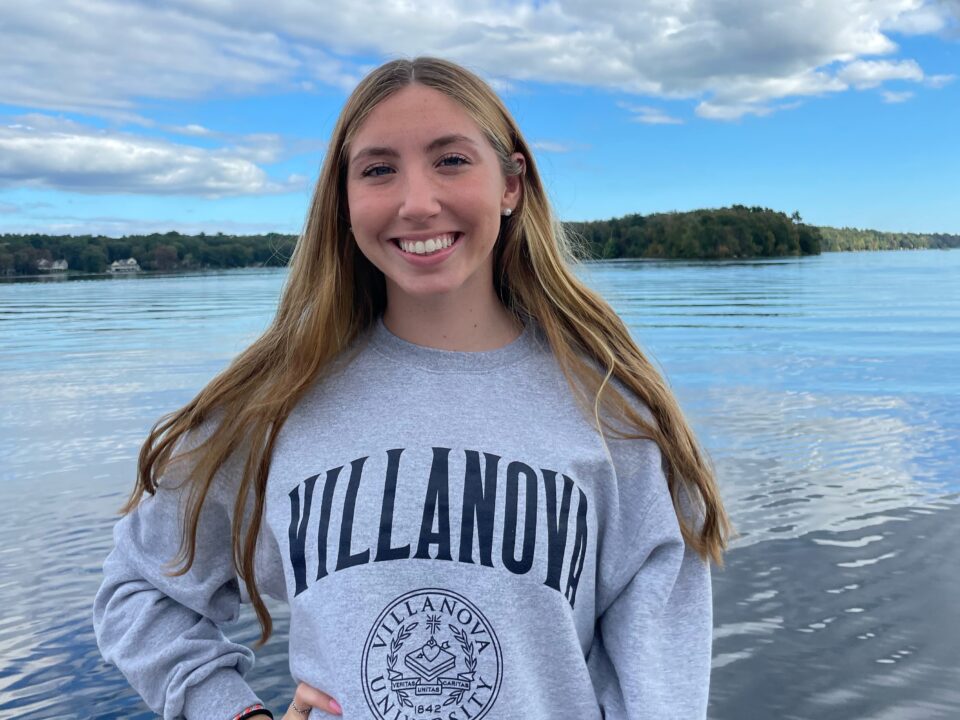 White will be a big addition to the Wildcats in the butterfly events, with times capable of challenging for conference titles in her freshman year.

Katie White of Lakeville, Massachusetts has announced her college decision, electing to join the Villanova Wildcats in the fall of 2022. White swims year-round with the Bluefish Swim Club. Last year, longtime Bluefish head coach Chuck Batchelor left the program to take over SwimMAC. During his time with Bluefish, he produced countless national qualifiers, was named to multiple national team staffs and coached three-time Olympian Elizabeth Beisel.

I am super proud to announce my verbal commitment to continue my academic and athletic career at Villanova University. I am so grateful for my family, friends, and coaches who have gotten me to this point. Go wildcats! #Novanation

The Villanova women claimed the conference title last season ahead of runner-ups UConn. With their win, Villanova extended its streak to 8-straight Big-East Championship titles.

The Wildcats have started their 2021-22 season off strong this year, with Montesi having already taken down the program record in the 200 back. The senior finished in 1:54.95 while racing the event at the WVU Invitation in November. The program also had an athlete compete at the 2020 Olympic Games, with former Wildcat Summer Rappaport representing the United States in the triathlon.