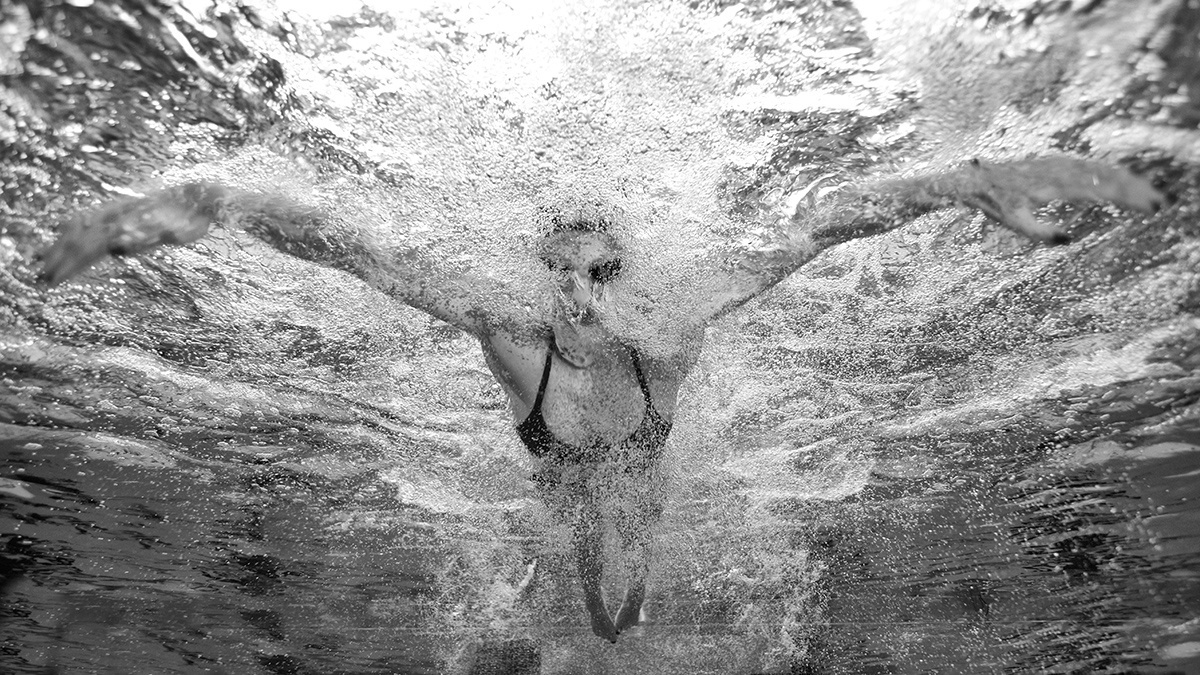 Before the SwimMAC Elite crew travels to Bolzano, Italy for its International Swim Meet this weekend, the athletes took part in the 42nd Nico Sapio International Swimming Trophy in Genoa, Italy on October 31st and November 1st. The meet is unique in that just 6 events are contested, which include the men’s and women’s versions of the 100 butterfly, 100 backstroke, 100 breaststroke, 100 freestyle, 200 IM and 400 freestyle, all conducted in short course meters.

Ilaria Bianchi started off the meet with a win for the host country, as she clocked a 100m butterfly time of 57.04 to comfortably hold off a charging Arianna Vanderpool-Wallace and to also set a new meet record. AVW would end up touching in 2nd place with her time of 58.40, while Italy’s Francesca Stoppa rounded out the top 3 in the event, registering a time of 59.98.

The men’s version of the race saw Matteo Rivolta break his own Italian National Record, clocking a swift time of 50.32 for the win. That time overtakes his previous mark of 51.48 set back in 2013. 2nd place went to his countrymate Piero Codia in a time of 51.32, followed by Laszlo Cseh. Cseh registered a time of 52.27, slower than his 51.96 time from prelims.

Italy was just one shy of making it a 1-2-3 finish on both the women’s and men’s sides of the 100m backstroke, with Arianna Barbieri leading the way in the women’s race in her winning time of 59.11. Fellow Italians Carlotta Zofkova and Veronica Neri cleaned up the 2nd and 3rd podium spots in times of 59.92 and 59.95, respectively. The top 3 finishers were the only sub-minute swims of the women’s field.  Mirco Di Toro earned the gold for the Italian men in a mark of 52.69, but the runner-up spot went to Hungary’s Gabor Balog who touched in 53.38, while Italian Federico Valera came in 3rd in a time of 54.94, his exact same time from prelims.

American breaststroker and Pan American Games gold medalist from this past summer, Katie Meili left her mark on the competition in the form of a new meet record in the women’s 100 breaststroke.  Meili cranked out a new meet record of 1:04.67 en route to registering the fastest short course time in the world thus far this year.  Meili followed her victory up with another win, touching first in the 200m IM in a time of 2:08.74. Cseh ran away with the 200 IM win for the men, finishing first in a time of 1:56.07.

Brad Craig from the United States took the men’s 100m breaststroke race for an American sweep, registering a time of 59.36 for the win.  Claudio Fossi and Andrea Toniato, both from Italy, touched in 2nd and 3rd places with times of 59.51 and 1:00.17, respectively.

Vanderpool-Wallace snagged the gold in the women’s 100 freestyle in her time of 52.98, a top 5 time in the world, while SwimMAC Elite teammates Jimmy Feigen and Cullen Jones finished in a 1-2 order for the men, clocking times of 48.11 and 49.15. For Feigen, his effort resulted in the 7th-fastest short course time in the world for 2015.

The meet concluded with a double win by Italy in the 400m freestyle, with Luisa Trombetti claiming victory in the women’s race in a time of 4:06.10, while Gabriele Detti earned first place in the men’s race with his time of 3:41.29.

Wow! Are you going to qualify for the USA women’s Olympics’? Prayers and fingers crossed. Will be keeping an eye on you miss Katie!