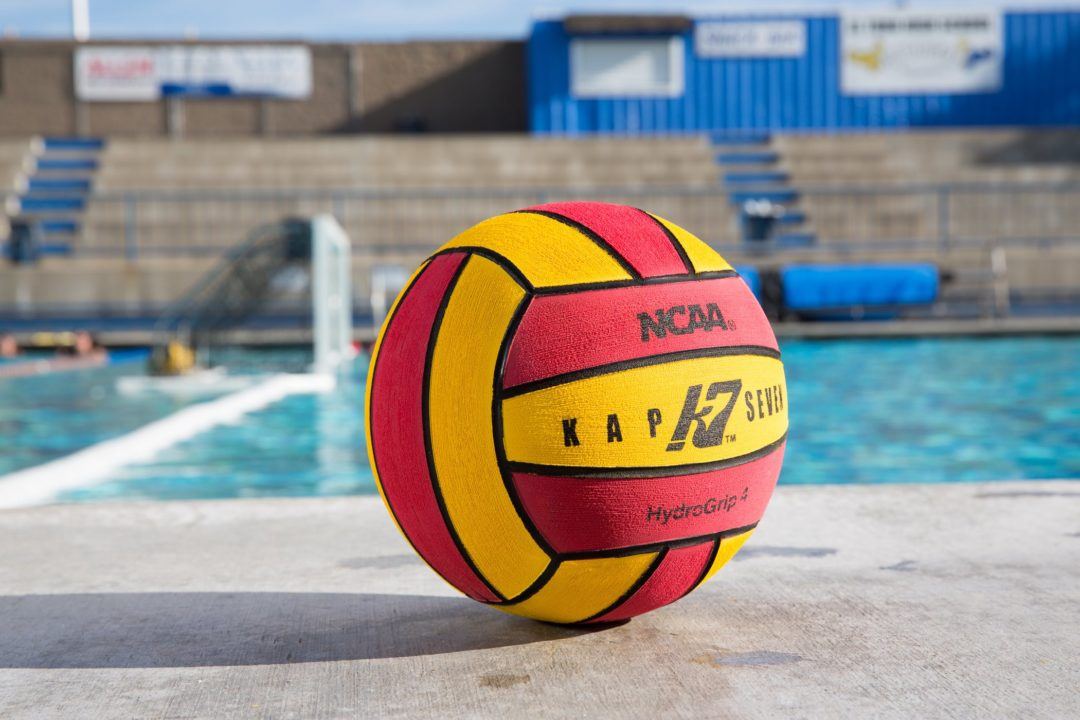 Kap7 will remain the exclusive and official championship water polo game ball of the NCAA through at least the 2024- 2025 collegiate season. Stock photo via Kap7

Kap 7 is a SwimSwam partner.

Kap7 was founded in 2004 by Bradley Schumacher and Wolf Wigo.

Schumacher won a pair of Olympic gold medals in swimming at the 1996 Olympic Games, and then played on the US Water Polo Team at the 2000 Olympic Games four years later.

In 1998, he competed in the World Championships in both swimming and water polo in the same year.

“The NCAA is a marquee contract for us in the U.S. market, so we are excited to extend our sponsorship,” said Bradley Schumacher, chief executive officer and founder. “We are committed to supporting student-athletes at the highest level and being asked to continue our partnership with the NCAA allows us to continue to foster the development of the sport of water polo. This renewal demonstrates KAP7 continues to make the highest quality products and is the preferred brand of elite athletes.”

Kap7 produces 5 sizes of balls, with the Kap7 104 (women’s) and 105 (men’s) balls being the official balls for NCAA competition.