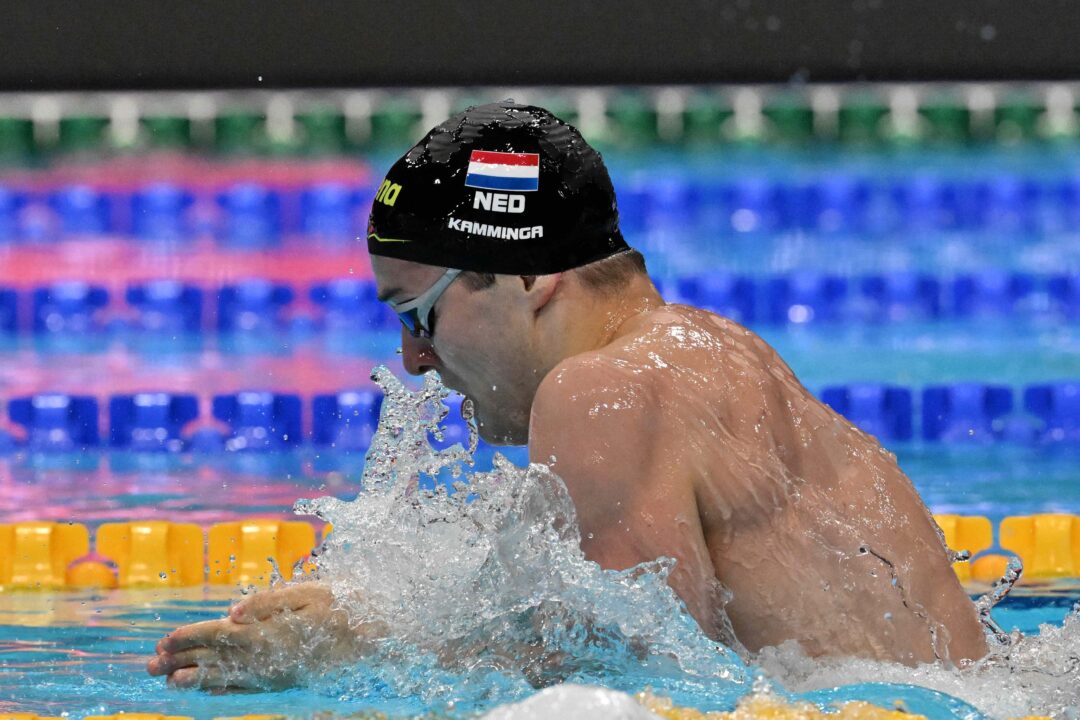 The 2023 Flanders Swimming Cup concluded from Antwerp over the weekend with a visiting Dutch contingent putting up strong showings on both the men’s and women’s sides.

Two-time Olympic silver medalist Arno Kamminga was among the competitors with the 27-year-old reaping gold across the men’s 100m and 200m breaststroke events. In the former, the Dutchman logged a time of 59.77 while in the latter he touched in 2:11.34.

Kamminga has already been under the 59-second threshold in the 1breast event this season, having produced a mark of 58.90 at the Rotterdam Qualification Meet last month. He was also quicker in the 2breast at that domestic meet, posting 2:10.39.

Teammate and 100m IM short course world champion Marrit Steenbergen was also a multiple event winner at this competition, grabbing gold in both the 200m free and 200m IM.

Steenbergen has already produced a 200m free season-best of 1:57.02, a time which renders her the #2 swimmer in the world this season. Her 200m IM result of 2:11.52 from the Rotterdam Qualification Meet was also good enough to rank the 23-year-old 3rd in the world.

Spain was another country represented at this Flanders Swimming Cup, with multi-World Junior Championships gold medalist Carlos Garach putting on a show in the men’s freestyle. The 18-year-old swept the 200m, 400m, 800m and 1500m freestyle events to dominate the discipline.

Worth mentioning that Belgian swimmer Stan Franckx broke the Belgian national record in the 100m backstroke in a time of 55.01, a record that had been put up by Emmanuel Vanluchene back in 2013.