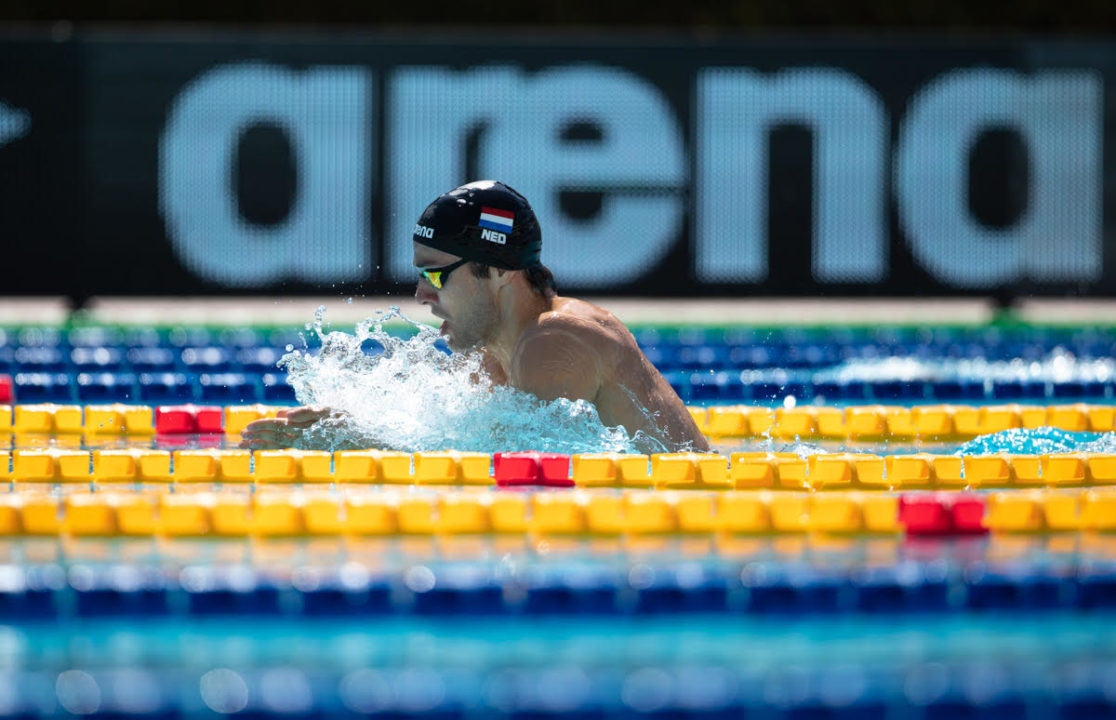 Breaststroking ace Arno Kamminga of the Netherlands made no qualms about announcing his presence tonight at the Eindhoven Qualification Meet.

Breaststroking ace Arno Kamminga of the Netherlands made no qualms about announcing his presence tonight at the Eindhoven Qualification Meet.

Competing in the men’s 50m breaststroke on the first night of this 3-day competition, the 25-year-old churned out a lifetime best of 26.80 to take the gold. In doing so, the two-time 2019 European Short Course champion overtook his own Dutch national record, slicing .08 off of the mark of 26.88 he produced in December at the Rotterdam Qualification Meet.

Establishing himself as the top-seed swimmer of the morning with an almost-record of 26.89, Kamminga held off Germany’s Fabian Schwingenschloegl to punch the only sub-27 second time of the final. Schwingenschloegl got to the wall shortly after in a still-quick 27.04 to remain Germanys’ 2nd best performer all-time.

As for Kamminga, the Dutchman moves up a few spots on the all-time rankings list worldwide, now checking in at slot #15. That bodes well for his 100m and 200m breaststroke races here, although he has already notched Olympic qualifying times in each event.

Looking forward to see what he can go in the 200