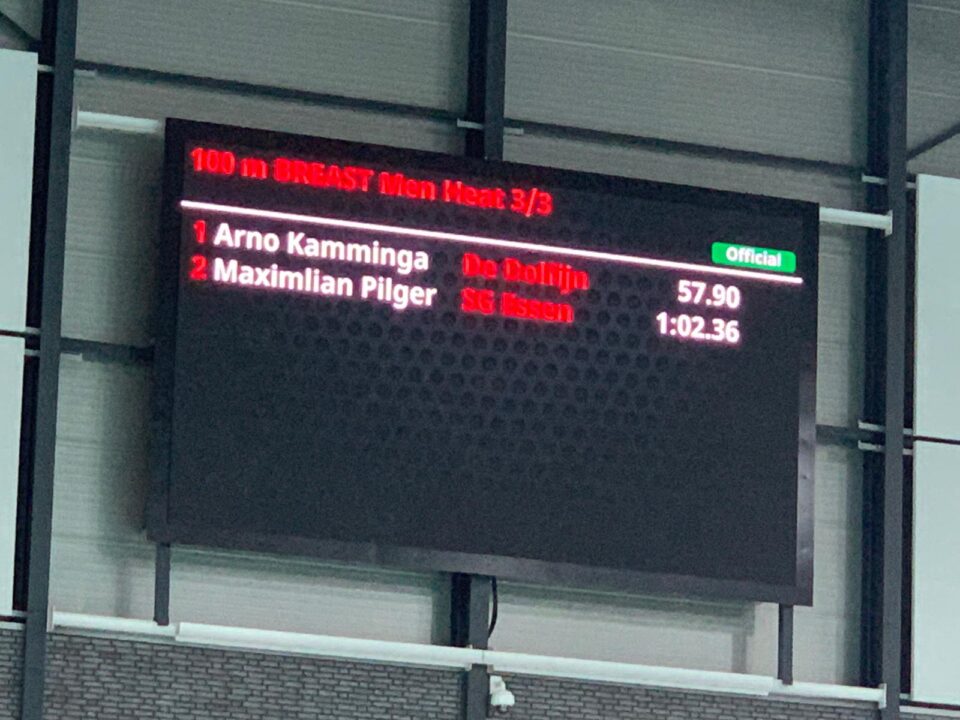 Dutchman Arno Kammninga moved into entirely new territory in the 100 breast, registering 57.90 as the 2nd fastest man ever. Current photo via Mark Faber

At the conclusion of the British Olympic Selection Trials last week, world record-holder Adam Peaty became the owner of the top 20 performances all-time in the men’s 100m breaststroke. That incredible feat lasted just days, as Dutchman Arno Kamminga just became the 2nd man ever to dip under the 58-second threshold.

While competing in round 2 of today’s Dutch National Team Time Trial in Eindhoven, Kamminga stopped the clock in a mighty result of 57.90. That knocked over half a second off of his own newly-minted national record set just this morning, a time of 58.42. That result already sliced .01 off of the man’s previous Dutch standard of 58.43 set last December.

Blowing that performance to bits this evening, however, Kamminga opened in 26.99 and closed in 30.91 to make history, with his 57.90 monster swim now checking in as the 15th fastest performance of all-time. Peaty still owns the remaining times within the top 20 outings.

A comparison of Kamninga’s splits from this morning to tonight are as follows:

Peaty is still the man to beat come Tokyo, having put up the world-leading 57.39 from the aforementioned British Trials.

Kamminga’s 57.90 swim now frog hops Italy’s Nicolo Martinenghi on the season’s world rankings. With Kamminga becoming the swimmer not named Peaty to post a sub-58 second 100m breaststroke, the 25-year-old is now the 2nd fastest performer all-time in the event.

Fantastic swim – It was only a matter of time with how consistently he has been swimming 58s. Difficult to see past Peaty gold and Kamminga silver right now – Dog fight for bronze.

I hope he can repeat that kind of time on the big day. Being the chaser should give extra motivation.

I’m sure others are gunning for that 57 right now. Those others are def not Americans tho.

He’s still too far behind to even be considered a threat.