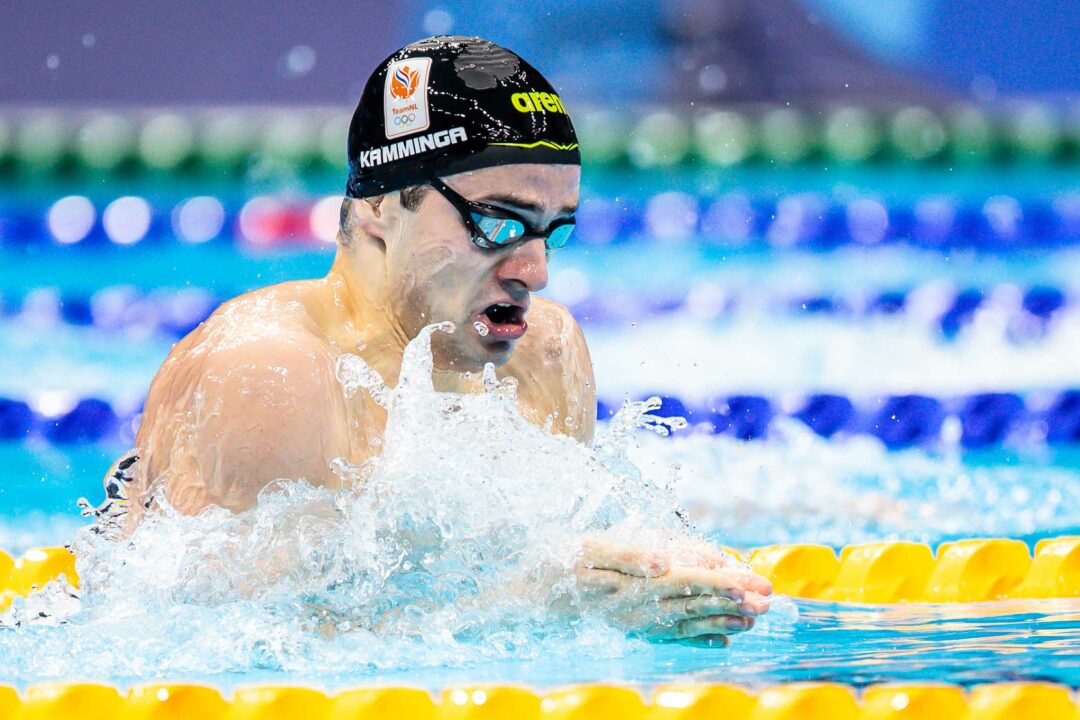 The 2021 Dutch Short Course Championships rolled on to day 2 in The Hague, with Arno Kamminga once again landing atop the podium in a breaststroke event. Archive photo via Jack Spitser/Spitser Photography

The 2021 Dutch Short Course Championships rolled on to day 2 in The Hague, with Arno Kamminga once again landing atop the podium in a breaststroke event.

After claiming the 50m breast victory yesterday, 26-year-old Kamminga captured the 200m breast title in a time of 2:02.81. Opening in 59.35 and closing in 1:03.46, Kamminga crushed the field by about 6 seconds. His outing here represents the man’s 16th fastest performance to date.

Also claiming win #2 was Stan Pijnenburg, this time in the men’s 50m free. Following up on his 100m free gold from night 1, Pijnenburg put up a mark of 24.46 as the men’s 50m backstroke victor. That was enough to keep runner-up Ensger Kotterink at bay, with Kotterink collecting silver in 24.55 as the only other swimmer under 25 seconds.