Kameneva Scratches 100 Free, Gonzalez 200 Back on Day 5 of Euros 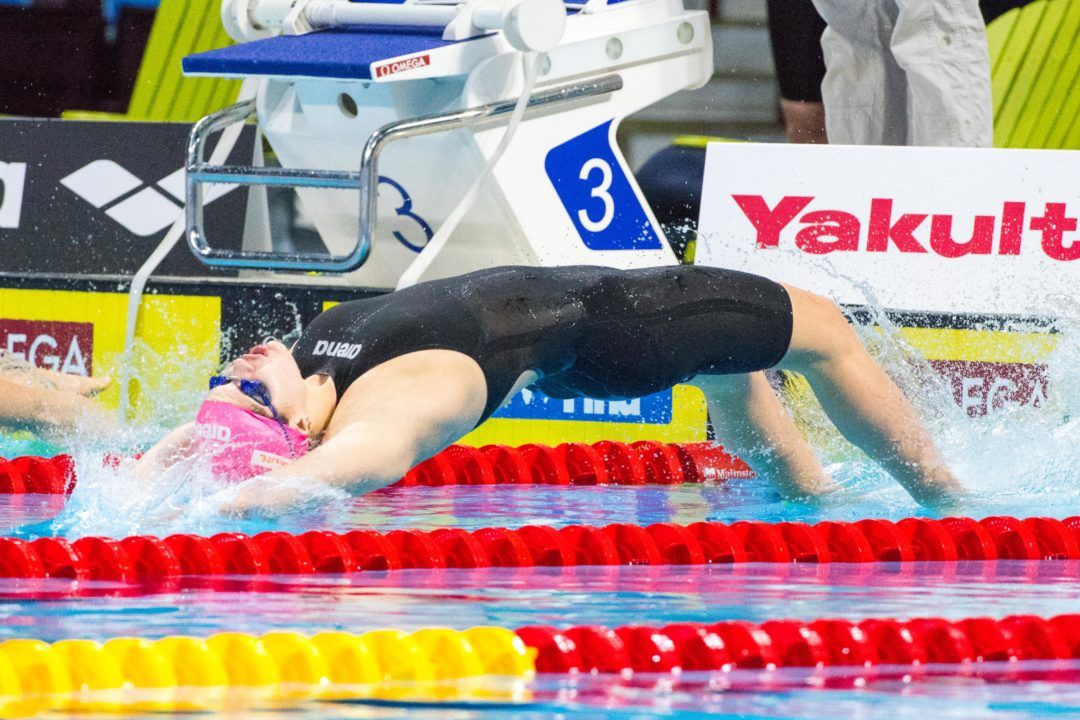 Russia's Maria Kameneva has scratched the 100 free semifinals for tonight's session, focusing instead on securing a medal in the 100 back final. Archive photo via Mike Lewis/Ola Vista Photography

Russia’s Maria Kameneva has scratched the 100 free semifinals for tonight’s session, focusing instead on securing a medal in the 100 back final.

Kameneva was the 13th-place qualifier in the 100 free and would have made tonight’s semifinals. But she’s the #3 qualifier into the 100 back final, which takes place just two events earlier, and Kameneva does not appear on the 100 free start lists.

The only other true scratch is Spain’s Hugo Gonzalez, who qualified 15th in the men’s 200 back but does not appear on the semifinal start lists.

Update: since our original post, start lists have been updated to show Anastasia Gorbenko scratching out of the 100 back final. She was 7th coming out of prelims. Gorbenko also has the 200 IM semifinals in tonight’s session, and is set to anchor Israel’s women’s 4×200 free relay at the end of the session.

Here are all the scratches and cuts out of the top 8 (for finals) or top 16 (for semifinals).