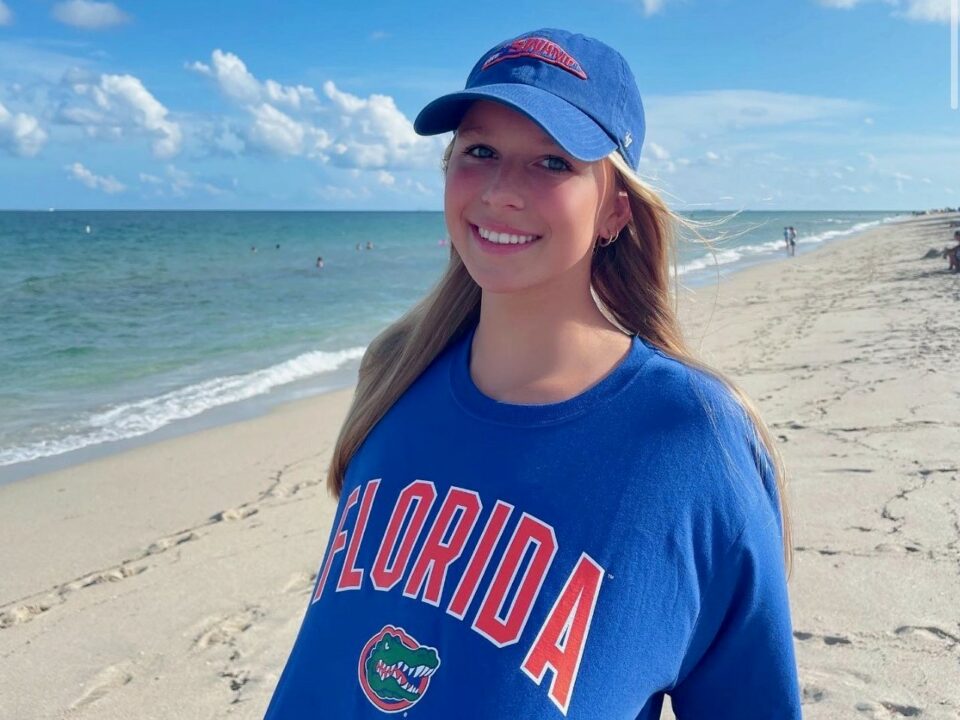 South Florida Aquatic Club swam to a team title at the 31st edition of the Florida Gold Coast Winter Championships. The strong team performance from the SOFL men was able to outpace the strong performance of the Saint Andrew’s women to secure the team title by 55.5 points.

17-year-old Julia Podkoscielny set a FGC record in the 400 IM, clocking in at 4:08.01. Podkoscielny, who is committed to swim at the University of Florida, did not compete in any other events. Podkoscielny’s time is the second fastest in the 17-18 age group this season, behind only Justina Kozan’s 4:06.74 set at Winter Juniors.

Podkoscielny is looking to make an immediate impact for the Gators IM group. Her 4:08.01 would be the fastest on the team in the event this year.

Azura’s Sirena Rowe swept the sprint free events. She won the 50 free with a time of 22.87, which was off of her best time of 22.08, and the 100 free in 50.18, which was also off of her best of 49.36 set at the ACC Championships in February. Rowe swam at North Carolina State and graduated after last season. She was part of the NCAA Champion 200 Medley Relay for the Wolfpack. She has not competed much since the NCAA championships, besides a club meet and the Toyota US Open meet earlier this month.